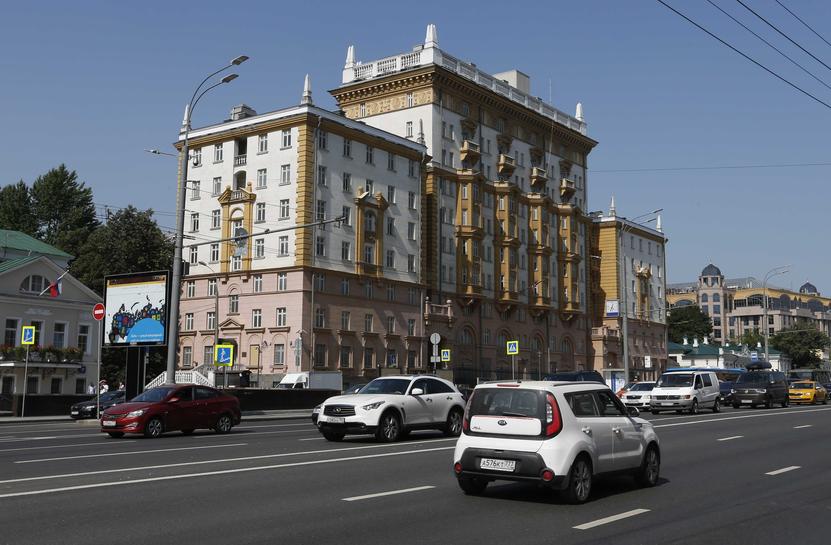 MOSCOW (Reuters) – The United States said on Monday it was scaling back its visa services in Russia after Moscow ordered it to sharply cut its diplomatic staff in retaliation over new U.S. sanctions.

President Vladimir Putin, reacting to new sanctions imposed by the U.S. Congress which President Donald Trump reluctantly signed into law, last month ordered Washington to cut diplomatic and technical staff in Russia by 755 people, or by about 60 percent, by Sept. 1.

It said services would be resumed on Sept. 1, but would be offered “on a greatly reduced scale.” It would be cancelling an unspecified number of scheduled appointments and asking applicants to reschedule, it said in a statement.

“Capacity for interviews in the future will be greatly reduced because we have had to greatly reduce our staffing levels to comply with the Russian government’s requirement,” the embassy told applicants in a note on its web site.

The move, which is likely to further sour already battered U.S.-Russia relations, means Russian citizens wanting to visit the United States for tourism will no longer be able to apply via U.S. consulates outside Moscow and will have to travel to the Russian capital instead.

That will pose a serious logistical challenge for some Russians whose country, the world’s largest by territory, stretches across eleven time zones.

The United States has consulates in St Petersburg, Yekaterinburg and Vladivostok.

“Visa operations at the U.S. consulates will remain suspended indefinitely,” the embassy said.

Russia’s decision to reduce the U.S. diplomatic presence had called into question Russia’s seriousness about pursuing better relations with Washington, the embassy added.

Maria Zakharova, a spokeswoman for the Russian Foreign Ministry, said earlier this month that the United States had issued around 150,000 visas to Russian citizens last year.

The U.S. embassy signaled its new scaled back visa regime could be in place for some time.

“We will operate at reduced capacity for as long as our staffing levels are reduced,” it said.