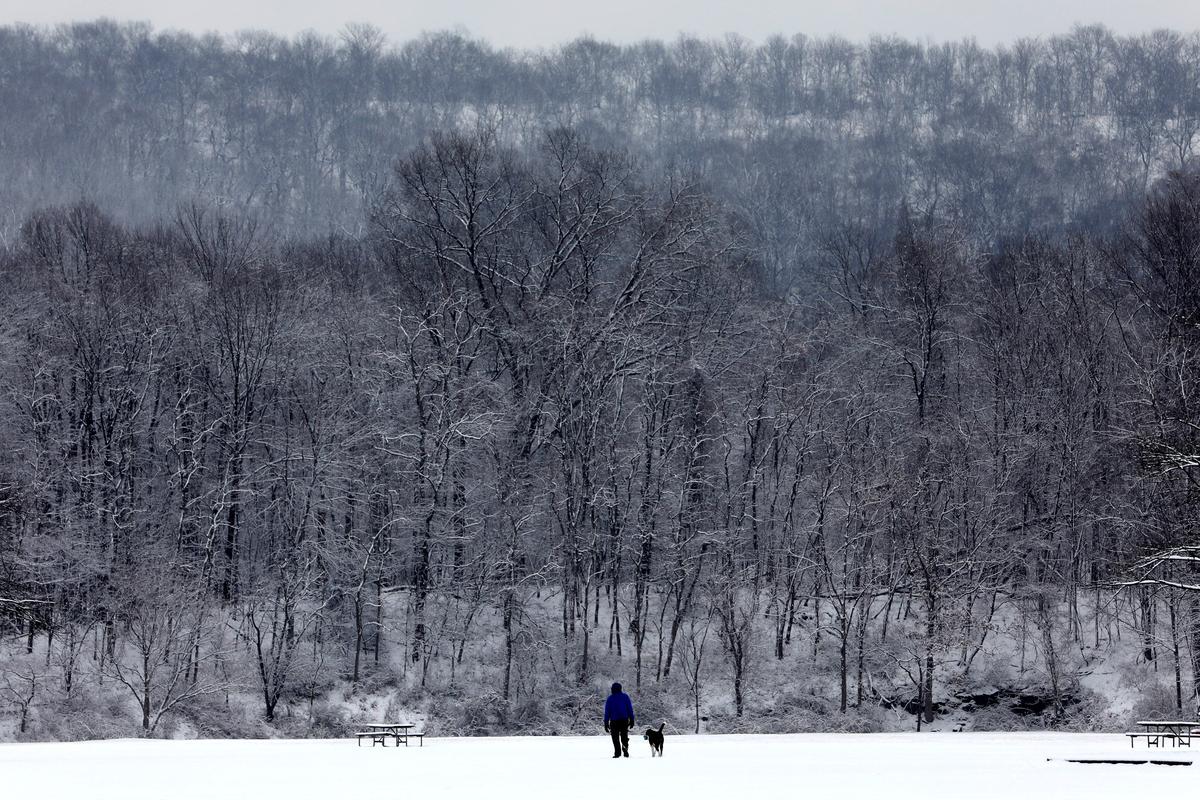 ATLANTA (Reuters) – Commuters in the U.S. South face frigid temperatures and dangerously slick roads on Thursday after a deadly winter storm thrashed the region with heavy snow and winds that snapped power lines.

Schools in New Orleans, Charlotte and Atlanta and across the region canceled classes on Thursday as winter weather advisories from the National Weather Service (NWS) remained in effect from eastern Texas to Florida and north into southeast Virginia.

“Motorists are urged to use extreme caution, or avoid travel if possible,” the NWS said in an advisory, warning that freezing temperatures would keep roads icy.

Wind chill advisories were in effect as temperatures will feel like they had fallen below zero Fahrenheit (-18 degrees Celsius) in parts of the Carolinas, Alabama and Virginia.

More than 14,000 households and businesses in North Carolina and Louisiana and in various spots across the South were without power early on Thursday morning, utility companies said online.

A man and dog walk in the falling snow in Rockland Lake State Park near the Hudson River in Clarkstown, New York, U.S., January 17, 2018. REUTERS/Mike Segar

The governors of Georgia, North Carolina and Louisiana declared states of emergency because of severe conditions that made roads treacherous.

“We cannot stress it enough for everyone to stay off the roads unless you have no choice,” Governor Roy Cooper said in a statement, saying the storm caused 1,600 traffic accidents.

More than 9 inches (23 cm) of snow has fallen in Durham, North Carolina since Monday, with 7 inches (18 cm) or more measured at various locations across southern Virginia, the NWS said.

The storm caused at least four deaths. In Austin, Texas, a vehicle plunged more than 30 feet (9 meters) off a frozen overpass on Tuesday, killing a man in his 40s, Austin-Travis County Emergency Medical Service said on its Twitter feed.

An 82-year-old woman who suffered from dementia was found dead on Wednesday behind her Houston-area home, likely the victim of exposure to cold, the Harris County Sheriff’s Office said.

In Georgia, two people were fatally struck by a car that slid on an ice patch near Macon, local media said.

COVID-19: Every Singapore resident to get free pair of reusable masks from Nov 30
Hunger, death, exploitation: The plight of the poor in India in the pandemic
Malaysia begins construction for Singapore-Johor RTS Link with groundbreaking ceremony at Bukit Chagar station
Hotels, attractions gearing up for launch of SingapoRediscovers vouchers, platforms expect surge in bookings
Three Hong Kong Democracy Activists Behind Bars in Police Protest Case