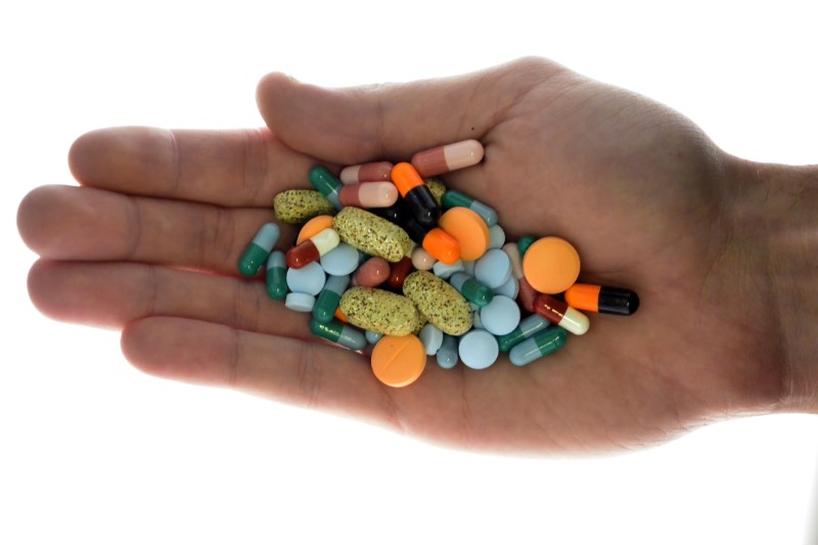 A person holds pharmaceutical tablets and capsules in this picture illustration. REUTERS/Srdjan Zivulovic

The lawsuit, brought by the attorneys general of 45 states and the District of Columbia, describes an industry-wide conspiracy in which companies divide up the market as a way to push up prices.

“It is our belief that price-fixing is systematic, it is pervasive, and that a culture of collusion exists in the industry,” Connecticut Attorney General George Jepsen, who is leading the case, said at a news conference on Tuesday.

Big players in the multi-billion dollar generic drug industry stand accused of conspiring to boost prices in a marketplace intended to deliver lower prices to consumers.

The original lawsuit centered on just two medicines: a delayed-release version of a common antibiotic, doxycycline hyclate; and glyburide, an older drug used to treat diabetes.

According to Jepsen’s office, the amended complaint expands the number of drugs to include glipizide-metformin and glyburide-metformin, which are among the most commonly used diabetes treatments.

Others include: acetazolamide, which is used to treat glaucoma and epilepsy; the antibiotic doxycycline monohydrate; the blood pressure medicine fosinopril; the anti-anxiety medicine meprobamate; and the calcium channel blocking agent nimodipine.

The U.S. Department of Justice is conducting a parallel criminal investigation. On Friday, the department asked the Pennsylvania court presiding over the lawsuit to put the lawsuit’s discovery process on hold, saying it could interfere with the criminal probe.

Connecticut Assistant Attorney General Joseph Nielsen said Tuesday that the states would likely oppose that request, which could slow the lawsuit.

Reporting by Karen Freifeld in Washington; Writing by Diane Bartz; Editing by Chris Sanders and Will Dunham