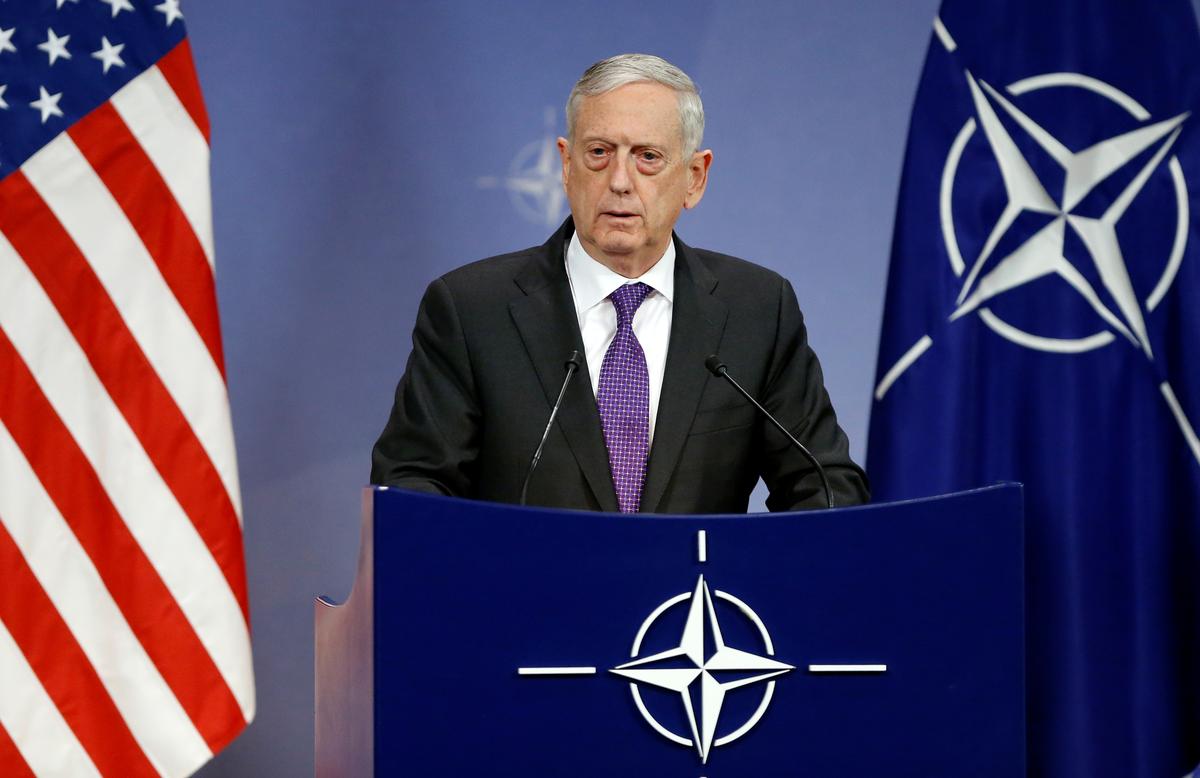 WASHINGTON (Reuters) – The United States is still unsure who directed a Feb. 7 attack on U.S. and U.S.-backed forces in Syria, Defense Secretary Jim Mattis said on Saturday, even as he acknowledged accounts that Russian civilian contractors were involved.

Reuters has reported that about 300 men working for a Kremlin-linked Russian private military firm were either killed or injured in Syria.

The U.S. has estimated about 100 pro-Syrian government forces were killed by U.S. strikes to repel the Feb. 7 attack.

Russian military officers told the United States during the incident that Moscow was not involved. The Pentagon has declined to comment on the exact makeup of the attacking forces and Mattis appeared at a loss to explain the incident 10 days later.

“I still cannot give you any more information on why they would do this. But they took direction from someone,” Mattis told reporters flying back to Washington with him from a trip to Europe, according to a Pentagon transcript.

“Was it local direction? Was it from external sources? Don’t ask me. I don’t know.”

Mattis said he “understood” that Moscow had acknowledged contractors were involved, without elaborating on whether that understanding came from press reports. Russian officials have told reporters that five Russian citizens may have been killed in clashes with U.S.-led coalition forces.

But according to people familiar with the deployment, Russia is using large numbers of the contractors in Syria because that allows Moscow to put more boots on the ground without risking regular soldiers whose deaths have to be accounted for.

The contractors, mostly ex-military, carry out missions assigned to them by the Russian military, the people familiar with the deployment said. Most are Russian citizens, though some have Ukrainian and Serbian passports.

The United States and Russia, while backing opposite sides in the Syria conflict, have taken pains to make sure that their forces do not accidentally collide. But the presence of the Russian contractors adds an element of unpredictability.

The U.S. military has said that in its effort to repel the attack on Feb. 7, U.S. forces on the ground called in coalition strikes for more than three hours, involving F-15E fighter jets, MQ-9 drones, B-52 bombers, AC-130 gunships and AH-64 Apache helicopters.

The U.S. military has said the attacking forces were aligned with the Syrian government and were backed by artillery, tanks, multiple-launch rocket systems and mortars.

“I doubt that 257 people all just decided on their individual own selves to suddenly cross the river into enemy territory and start shelling a location and maneuvering tanks against it,” Mattis said.

“So whatever happened, we’ll try to figure it out. We’ll work with, obviously, anyone who can answer that question, but I cannot, at this time.”