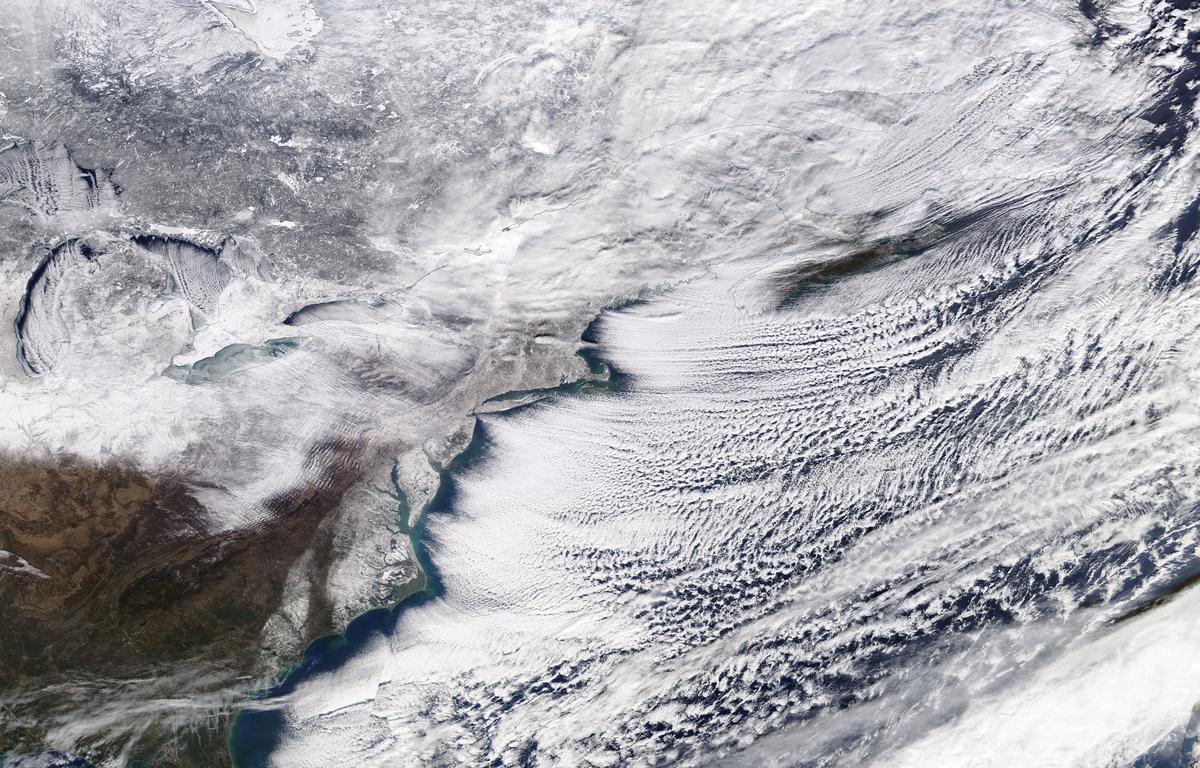 (Reuters) – The bitter cold that has gripped much of the United States since the new year will last another day, forecasters said on Sunday, predicting an end to a frigid spell that featured a “bomb cyclone” snowstorm and frozen iguanas falling from trees in Florida.

The U.S. Northeast will endure at least one more day of sub-freezing temperatures before the arrival of a thaw that could help residents in some areas of New England recover from a foot (30 cm) or more of snow dumped by Friday’s blizzard.

Much of the central part of the country was due for snow, ice and rain on Sunday, forecasters said.

Temperatures are finally expected to climb above freezing on Monday.

“A warm-up is in store for next week,” the U.S. National Weather Service said, adding that temperatures would return to seasonal norms or warmer.

Boston and New York awakened on Sunday morning to Fahrenheit temperatures in the single digits. Washington and Chicago were slightly warmer but still well below freezing.

Cars are seen on a flooded street in Boston, Massachusetts, U.S., in this still image taken from a January 4, 2018 social media video. INSTAGRAM/@DOILOVEYOU/via REUTERS

In the central United States, a wintry mix was seen developing over eastern Kansas and spreading eastward across southern Iowa, Missouri, Illinois and far western Indiana on Sunday, AccuWeather said in a forecast. The Tennessee and Ohio valleys could expect similar conditions into Sunday night.

The snow and cold have brought parts of the Northeast to a standstill and were blamed for at least 18 deaths over the past several days.

Cars are seen on a flooded street in Boston, Massachusetts, U.S., in this still image taken from a January 4, 2018 social media video. INSTAGRAM/@DOILOVEYOU/via REUTERS

The East Coast’s first snowstorm of 2018 was energized by a rapid drop in barometric pressure that some weather forecasters called a bombogenesis, or a bomb cyclone.

The phenomenon gave rise to gusts of more than 70 miles (113 km) per hour and produced snowfall totals of 22 inches (56 cm) in parts of Maine and 17 inches (43 cm) in parts of Massachusetts, the weather service said.

The cold snap dropped snow into sub-tropical Florida, where numerous people posted social media pictures of iguanas that had fallen from trees in recent days. Zoologists warned people not to assume they were dead as the cold-blooded reptiles were capable of springing back to life after warming up.