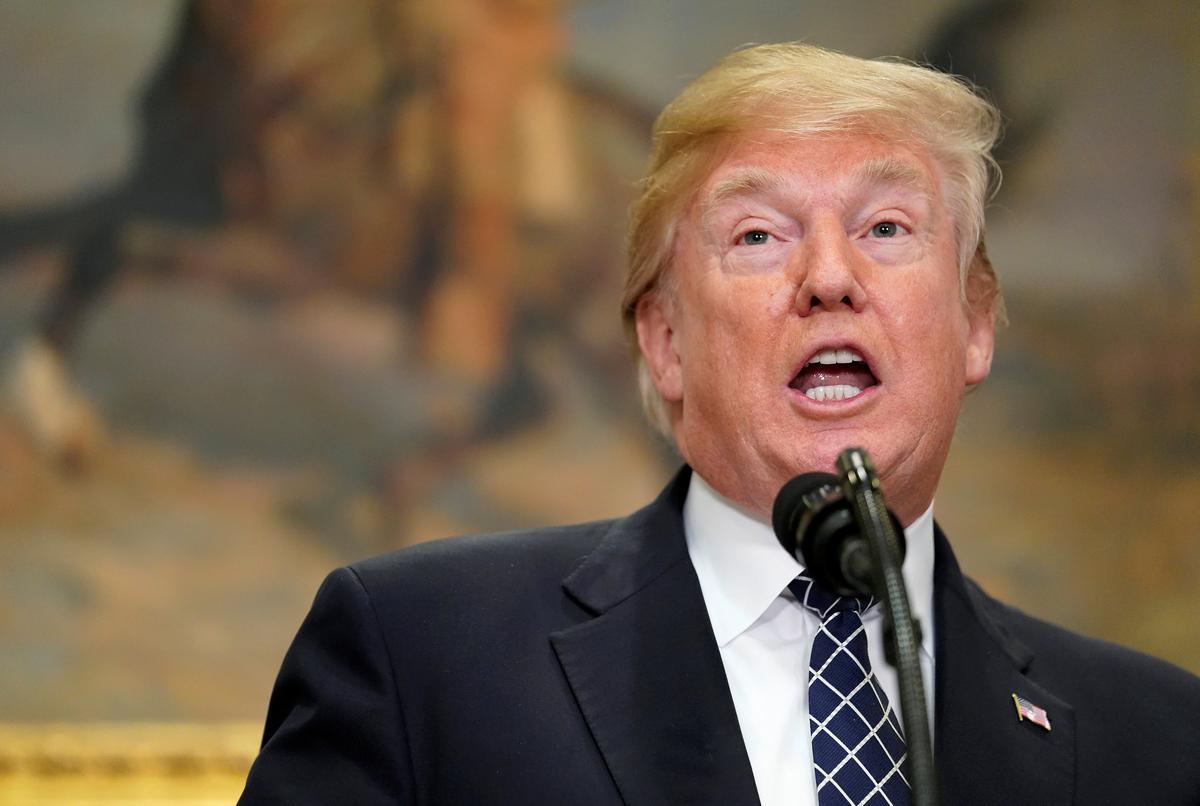 MOSCOW (Reuters) – Iran said on Saturday it would retaliate against new sanctions imposed by the United States after President Donald Trump set an ultimatum to fix “disastrous flaws” in a deal curbing Tehran’s nuclear program.

Trump said on Friday he would waive nuclear sanctions on Iran for the last time to give the United States and European allies a final chance to amend the pact. Washington also imposed sanctions on the head of Iran’s judiciary and others.

Russia – one of the parties to the Iran pact alongside the United States, China, France, Britain, Germany and the European Union – called Trump’s comments “extremely negative.”

The ultimatum puts pressure on Europeans, key backers of the 2015 nuclear deal, to satisfy Trump, who wants the pact strengthened with a separate agreement within 120 days.

Describing sanctions against Larijani as “hostile action”, Iran’s Foreign Ministry said the move “crossed all red lines of conduct in the international community and is a violation of international law and will surely be answered by a serious reaction of the Islamic Republic,” state media reported.

It did not specify what any retaliation might involve.

Iran’s Foreign Minister Mohammad Javad Zarif had earlier said on Twitter that the deal was “not renegotiable” and that Trump’s move “amounts to desperate attempts to undermine a solid multilateral agreement.”

Iran says its nuclear program has only peaceful aims and says it will stick to the accord as long as others respect it. But it has said it would “shred” the deal if Washington quit.

Trump, who has sharply criticized the deal reached in Barack Obama’s presidency, had chafed at having to once again waive sanctions on a country he sees as a threat in the Middle East.

“Despite my strong inclination, I have not yet withdrawn the United States from the Iran nuclear deal,” Trump said in a statement, saying the options were to fix “the deal’s disastrous flaws, or the United States will withdraw.”

“This is a last chance,” Trump said, pushing for a separate agreement and saying the United States would not waive sanctions again to keep Iran in the pact without such an agreement.

The EU said in a statement it had taken note of Trump’s decision and would assess its implications. “It’s going to be complicated to save the deal after this,” said one European diplomat, speaking on condition of anonymity.

Britain, France and Germany had called on Trump on Thursday to uphold the pact.

Senior U.S. administration officials told reporters Trump would work with Europeans on a follow-on deal to enshrine triggers that the Iranian government could not exceed related to ballistic missiles.

Republican Senator Bob Corker said “significant progress” had been made on bipartisan congressional legislation to address “flaws in the agreement without violating U.S. commitments.”

Trump laid out conditions to keep Washington in the deal. Iran must allow “immediate inspections at all sites requested by international inspectors,” he said, and “sunset” provisions imposing limits on Iran’s nuclear program must not expire.

The president wants U.S. Congress to modify a law that reviews U.S. participation in the nuclear deal to include “trigger points” that, if violated, would lead to the United States reimposing its sanctions, the official said.

This would not entail negotiations with Iran but would be the result of talks with European allies, the official said.

A decision to withhold a waiver would have effectively ended the deal between Iran and the other international signatories. The other parties to the agreement would have been unlikely to join the United States in reimposing sanctions.

Two EU diplomats said EU foreign ministers would discuss next steps at their next regular meeting on Jan. 22 in Brussels.