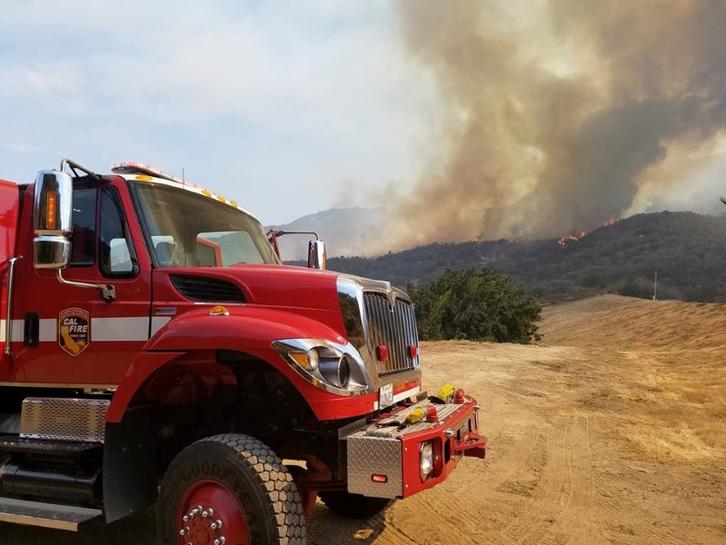 The National Fire Preparedness Level was elevated one notch from “PL-4” to “PL-5,” the top ranking on a five-point scale, recognizing that firefighting resources have been strained to their limits by the large number and scope of blazes in the west.

It also reflects the probability that severe weather conditions conducive to wildfires will continue for at least a few days.

The move allows for emergency assistance to be called upon from the U.S. military and even other countries, according to the National Interagency Fire Center in Boise, Idaho.

“Wildfire activity has escalated in recent days after thunderstorms, many with little or no moisture, moved across parts of California, Oregon, Washington, Idaho and Montana, sparking hundreds of new fires,” the fire center said.

The decision to raise the preparedness level was made by a multi-agency group of federal and state fire managers. The readiness status had been posted at PL-4 during most of July and into August before Thursday’s move, said fire center spokesman Randy Eardley.

The higher alert level means fire managers may be forced to let some large blazes they otherwise would have fought in remote locations burn unchallenged in order to make resources available to suppress fires posing a greater threat to life and property, Eardley said.

Nearly 41,000 individual wildfires of all sizes have scorched more than 6 million acres in the United States so far this year, well above the 4.2 million acres burned on average over the last 10 years, according to the fire center.

The last time an alert level of PL-5 was invoked was in August 2015. That same year, 200 U.S. Army soldiers were assigned to battle fires in Washington state for 30 days, while personnel and aircraft were brought in from Canada, Australia and New Zealand to support fire suppression efforts in the U.S. Pacific Northwest and Northern Rockies.

Thursday’s elevation to PL-5 marked the fifth time the highest point on the readiness scale has been reached since 2007.