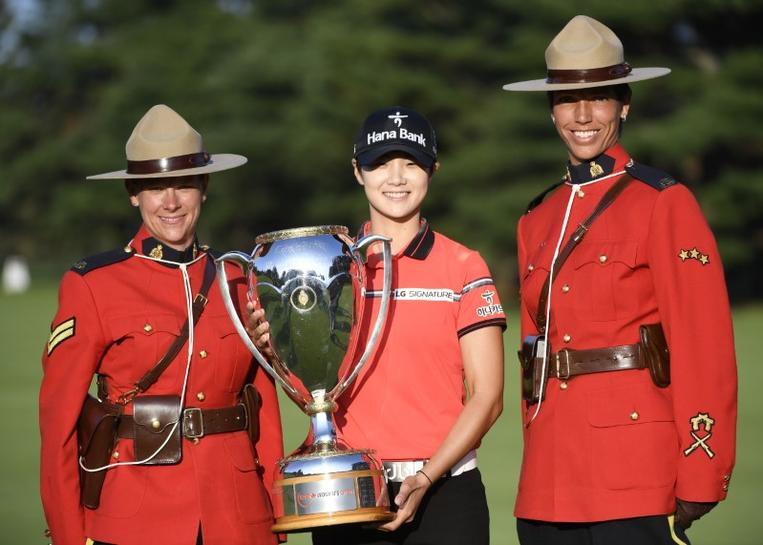 (The Sports Xchange) – Park Sung-hyun Park claimed the second victory during her rookie year on the LPGA Tour, winning the Canadian Pacific Women’s Open on Sunday in Ottawa.

The U.S. Women’s Open winner closed with a birdie on the 18th hole to cap a seven-under-par 64 that left her with a two-stroke victory over South Korean compatriot Lee Mi-rim.

Park entered the final round at Ottawa Hunt & Golf Club trailing leaders Nicole Broch Larsen of Denmark and Mo Martin of the United States by four shots but erased the deficit to finish at 13-under 271.

“I just stayed really patient because I’ve been hitting the ball really well all week but not many putts were falling,” Park said.

Chun posted her sixth top-three finish of the season.

Martin (72) finished a shot further back.

“I think it was a perfect game today,” Park said. “There were no mistakes.”

South Korean Ryu So-yeon, the world number one, finished at 277, tied for 12th with a group including Canadian Brooke Henderson, a big crowd favourite this week.

“Today didn’t go quite as well as I would have liked, but still having that support around me was amazing,” Henderson said after a 71.

Michelle Wie, who was tied for 23rd after the third round, withdrew and was taken to an Ottawa hospital to have surgery to remove her appendix.