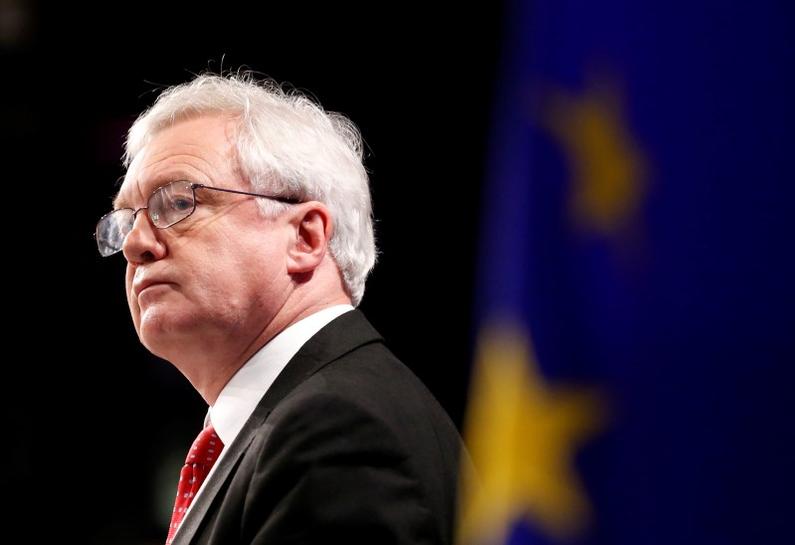 LONDON (Reuters) – Britain wants an outline agreement with the European Union on the transitional arrangements that will apply after leaving the bloc by the first quarter of 2018, Brexit minister David Davis said on Wednesday.

Britain is seeking a so-called implementation period of around two years following its departure from the EU in March 2019, during which its access to the EU single market would stay largely unchanged while new arrangements are put in place.

Businesses are anxious to see the details of such a deal as soon as possible to end uncertainty over the trading rules they will face after Britain leaves the bloc.

“I would be aiming to get certainly the outlines of it agreed, if we could, in the first quarter (of 2018) … but it’s a negotiation,” Davis told a parliamentary committee.

Last week EU leaders said at a summit in Brussels that they would begin preparations to move into “phase two” of the Brexit negotiations in December, a step forward that would allow London to discuss its future trade relationship with the bloc.

Davis said he expected to receive guidance from the EU on its approach to a transitional period by December, and that a deal allowing Britain to maintain similar conditions to those it currently has with the EU would be struck quickly afterwards.

Britain and the EU are at odds over the timeline of when the negotiations, incorporating the terms of the divorce, the transitional deal and the future trade deal, will conclude. Britain wants to finish everything by the time it leaves in early 2019, while the EU thinks it could take until 2020.

Davis said he believed Britain would be able to seal a trade and customs arrangement by the end of the two-year exit process in March 2019, and that it was important to do so to avoid getting trapped in a protracted negotiation.

“It’s not a good position to get into to be still negotiating during such an arrangement,” Davis said. “If we were doing the negotiation during a period of transition, I suspect what we would get offered is a year extension and another year extension, each time paying a fee.”

An EU official said on Tuesday that the EU will only negotiate on the details of a free trade deal after Britain has actually left in March 2019 because the EU’s own laws do not allow it to negotiate trade agreements with its own members.

Asked about this approach, Davis said a trade deal could be signed ‘a nanosecond’ after Britain leaves, implying that he hoped for a more flexible approach from Brussels.