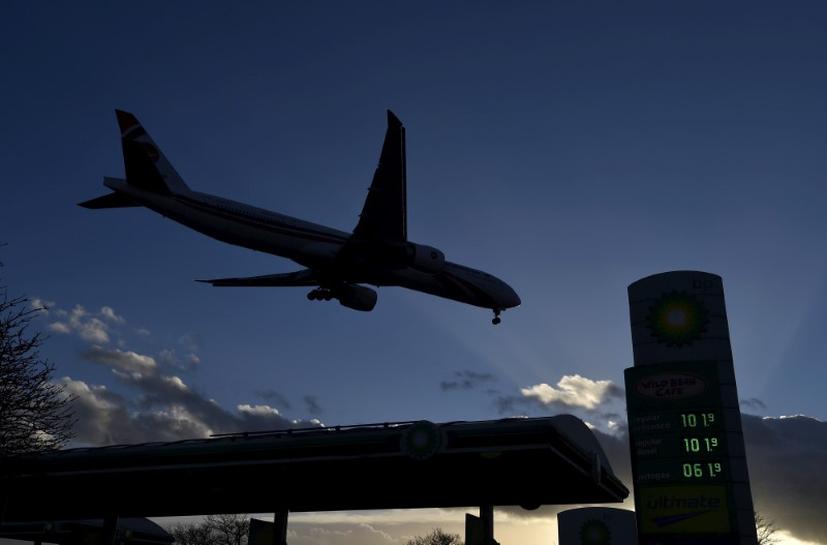 LONDON (Reuters) – Britain’s airports could see passenger numbers plunge by as much as 40 percent unless the government strikes an interim aviation deal with the European Union by October 2018, according to an industry report seen by Reuters on Tuesday.

The study, commissioned by leading British airports including London’s Heathrow and Gatwick, said flights could be grounded and Britain’s economy would be hit without a guarantee of future access to the EU’s single aviation market.

Britain is due to leave the EU in March 2019, but with many air passengers booking months in advance, the government needs to secure a deal well before then to reduce uncertainty, the report said.

Unlike other areas, such as trade, there is no automatic fallback position if no deal is reached.

In its most pessimistic scenario, the report said there could be a 41 percent plunge in passengers at Britain’s biggest airports between March 2018 and March 2019.

Its central scenario, assuming uncertainty over the status of flights, is for an 11.5 percent drop during that period.

“The risk of no deal creates uncertainty for the industry,” it said. “Although an 11th hour deal may prevent planes from being grounded, damage to the aviation industry and the wider economy would have already been done.”

Given what’s a stake, however, it described the chances of Britain and the EU not achieving a deal as “remote”.

The report echoes warnings from Michael O’Leary, CEO of Europe’s biggest airline Ryanair, who said earlier this month the threat of major disruption to air travel from Brexit was increasing.

“We are urging the EU and UK government to prioritise an interim deal on aviation as soon as possible,” a spokesman for Manchester Airports Group (MAG), which runs Manchester and Stansted airports, said in a statement.

“Tickets will soon go on sale for flights in a post-Brexit world and both airlines and passengers need assurance from the EU and UK government to enable them to plan for the future.”

A spokesman for Heathrow airport said it was confident the government understood the importance of the sector.

“Aviation is absolutely crucial to the UK’s economy and we are committed to getting the right deal for Britain,” a government spokesman said.