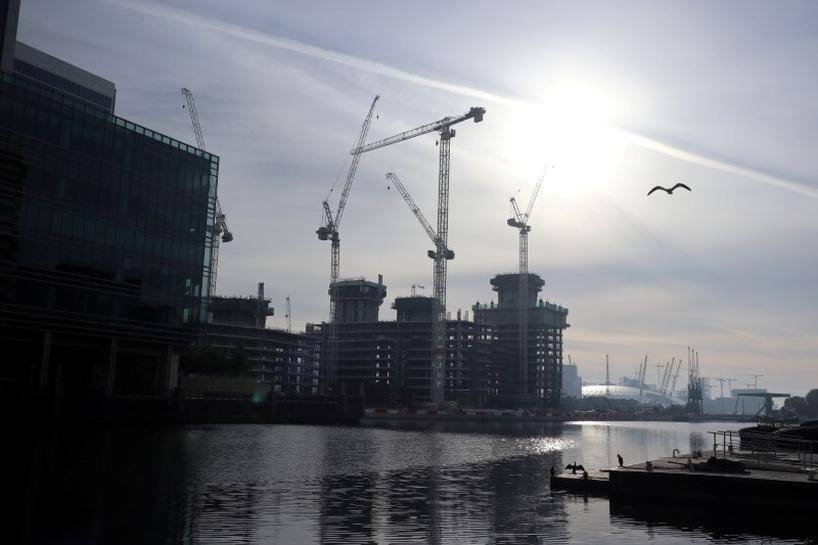 LONDON (Reuters) – British businesses are their least optimistic about the economy in six months and their overall confidence levels remain slightly below average, a survey showed on Monday, adding to a lacklustre outlook for the economy.

Lloyds Bank said its survey pointed to moderate growth although there had been some improvement from a month earlier, just after Prime Minister Theresa May unexpectedly failed to win a parliamentary majority in a national election.

“Confidence remains just below the long-term average and is consistent with a moderately positive pace of economic expansion,” said Hann-Ju Ho, a senior economist for Lloyds.

Last month’s poll was based on responses from before and after Britain’s June 8 election. It showed a small rise in overall business confidence but a big drop in businesses’ assessment of the health of the economy.

That assessment of the economy weakened again when businesses were polled between July 17 and 21, and they said they planned to increase staff numbers by less than before.

Official data last week showed the economy made its slowest start to the year since 2012, with growth of just 0.3 percent in the three months to June compared with the first quarter of 2017, barely half Britain’s long-run average growth rate.

With economic growth soft, wages rising only slowing and big uncertainties remaining about how Britain will leave the European Union, the Bank of England is unlikely to raise interest rates from a record low 0.25 percent on Thursday.

Unemployment in Britain is at its lowest since the 1970s but the Brexit vote in June last year led to a sharp drop in the value of sterling, increasing inflation and eroding consumers’ disposable income this year.

The data from Lloyds showed increased optimism among manufacturing and construction firms, echoing other business surveys but which has yet to appear in the official figures. Consumer services companies also did better, but professional services firms reported less good news.

More firms also said they were raising prices. Consumer price inflation hit its highest in nearly 4 years in May at 2.9 percent. Although it has since fallen, many economists expect it to rise again.

Separately on Monday, the Federation of Master Builders said the fall in the exchange rate was causing the prices of materials to soar, squeezing margins for a third of small builders and forcing nearly a quarter to raise prices.