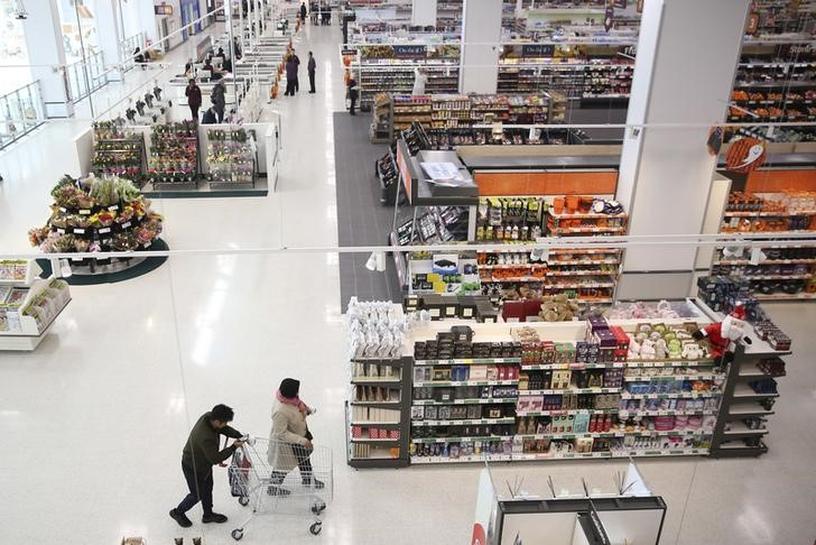 LONDON British consumers have suffered the longest decline in their spending power since the 1970s, raising questions about whether the Bank of England really is likely to raise interest rates any time soon.

Official data published on Friday confirmed that the world’s fifth-biggest economy went into a sharp slowdown in early 2017.

While there was a hint of an improvement in the dominant services sector as the second quarter began, the picture was bleak for consumers who are Britain’s main drivers of growth.

They are facing the double hit of accelerating inflation, caused in large part by the fall in the pound since the Brexit vote, and slowing wage growth.

The Office for National Statistics said household disposable income, adjusted for inflation, fell for a third straight quarter. That was the worst run in 40 years and took the household savings ratio down to an all-time low.

Consumers have suffered a sharp loss of confidence, according to the first GfK survey published since the inconclusive outcome of this month’s national election.

The weak data comes just as some policymakers at the BoE have started to signal that a first rate hike in a decade might be approaching in order to curb the sharp rise in inflation.

An unexpectedly close 5-3 vote to keep rates on hold this month was followed up by comments from the central bank’s chief economist that he might vote for a hike soon too, surprising investors who had been expecting no hike until 2019.

Governor Mark Carney says he is watching to see how the economy copes with the launch of Brexit talks and whether investment can help compensate for the weakness among consumers, something that did not appear imminent in Friday’s data.

The ONS said business investment grew by a quarterly 0.6 percent in the first three months of 2017, only partially offsetting a fall in the fourth quarter.

“Given the dominance of consumer spending and the squeeze that we envisage, it would take a big surge in the likes of business investment to overturn the consumer squeeze to growth,” Victoria Clarke, an economist with Investec, said.

Alan Clarke, an economist with Scotiabank, said that was consistent with the BoE’s forecast of a pickup in overall economic growth in the second quarter and meant a rate hike at the BoE’s next meeting in early August remained on the table.

“To be clear, given our view of the outlook for the economy – not least the consumer, growth, wages, domestically generated inflation – we don’t think that the Bank should hike, but given the mood music from recent speakers, there is a very good chance that they will,” he said.

The ONS confirmed the economy grew by just 0.2 percent in the January-March period from the previous three months, down from growth of 0.7 percent in the fourth quarter of 2016.

The sudden slowdown meant Britain went from being one of the fastest-growing economies among the Group of Seven rich nations to its weakest performer in the first quarter.

An ONS official said the fall in the household savings rate to its record low probably in part reflected the timing of tax payments “but the underlying trend is for a continued fall”.