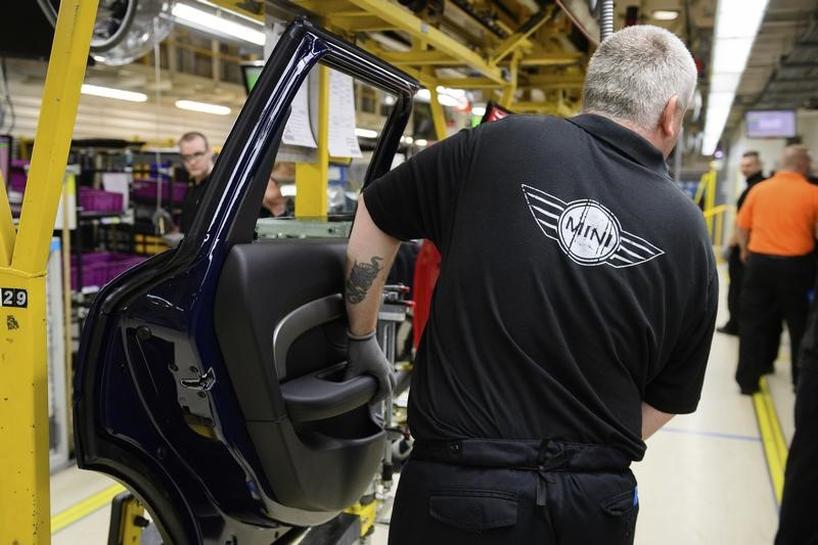 LONDON Britain’s economy has struggled to gain momentum after a slow start to 2017, according to data published on Friday which raised questions about the chances of the Bank of England raising interest rates this year.

Output by British factories and the construction sector unexpectedly shrank in May, on top of weak spending by consumers who are feeling the pinch from accelerating inflation since last year’s vote to exit the European Union.

The signs of continued weak growth came as businesses pressed British Prime Minister Theresa May and her government to negotiate a smooth Brexit in two years’ time, saying an abrupt departure would deter investment.

An employers group said on Thursday that Britain should stay in the EU’s single market for a transition period.

Executives from leading British companies were due to meet Brexit minister David Davis on Friday.

Analysts said the economy was now unlikely to recover much speed in the second quarter, after expanding by just 0.2 percent in the first three months of the year.

“It’s all building up a pattern here that says the economy is clearly losing momentum,” said Peter Dixon, economist at Commerzbank.

“It’s not pointing to a particularly dynamic second quarter. Under those circumstances, the timing of the hawks on the Monetary Policy Committee pushing for a rate hike doesn’t look great.”

Growth in the second quarter was likely to edge up only slightly to 0.3 percent, the National Institute for Economic and Social Research, a leading think tank, said.

The Office for National Statistics said manufacturing output edged down by a monthly 0.2 percent, confounding forecasts for a 0.5 percent rise in a Reuters poll of economists.

Construction figures were also much worse than expected with output in the three months to May down 1.2 percent, the sharpest such drop since October 2015.

The strength of next Wednesday’s official data on wages is now likely to be critical for BoE policymakers as they mull whether to raise interest rates from their record low 0.25 percent.

Financial markets suggested there was a roughly 1-in-3 chance of a rate hike this year, down from 1-in-2 a week ago. MPCOIS=ICAP Some BoE policymakers have been pushing for the first interest rate hike in a decade.

Rate-setter Michael Saunders said this week he was “reasonably confident” improving exports and investment would more or less compensate for the consumer slowdown.

The manufacturing figures were hit by a 4.4 percent drop on the month in motor vehicle output, the biggest fall in over a year. Industry figures have shown a fall in new car sales.

Broader industrial output fell 0.1 percent in May after a 0.2 percent rise in April.

The goods trade deficit increased to 11.863 billion pounds ($15.33 billion) in May from 10.595 billion pounds in April, the ONS said, wider than all forecasts in the Reuters poll.

Things looked brighter in terms of volumes of goods exported in the three months to May, which rose 3.8 percent. By comparison, import volumes rose 2.8 percent over the same period. However, business surveys have cast doubt about whether an improvement will be seen in the months ahead.

Click reut.rs/2sx48dV for graphic titled Services the only game in town for UK output in 2017