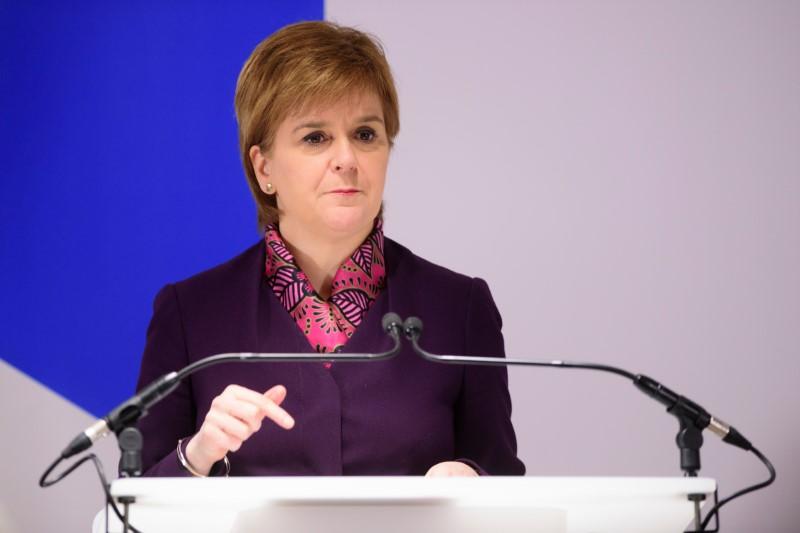 EDINBURGH (Reuters) – Britain’s government said on Monday that it expected to reach an agreement with the United Kingdom’s devolved nations on how power will be shared after Brexit, but its latest proposal to unlock a political impasse fell flat in Scotland.

Scotland, Northern Ireland and Wales do not have a veto on Brexit legislation, but ignoring them risks worsening already strained relations, stoking nationalism in Scotland, and further complicating the already-difficult withdrawal process.

The government needs a deal before the summer in order to pass the European Union (Withdrawal) Bill in Britain’s national parliament. The bill will formally sever the UK’s ties to the EU and “copy and paste” EU legislation into British law.

But he said the British government would make exceptions if it believed that would damage the UK as a whole.

“The government will protect that vital common market of the United Kingdom by retaining UK frameworks where necessary,” Lidington said in the latest of several speeches by senior ministers setting out the British government’s Brexit roadmap.

“We will retain our ability not only to act in the national interest where we need to, but to do so with a unity of purpose which places the prosperity and security of all our citizens, no matter where they are from or where they were born, to the fore.”

That would ensure simplicity of administrative processes for businesses or citizens of the UK as it leaves the EU, he said. Prime Minister Theresa May’s Conservative government also argues it will give Britain more strength to negotiate trade deals.

“However they try to dress this up, the reality is the UK government is using Brexit to try to take control of devolved powers without the agreement of the Scottish parliament,” Michael Russell said.

The British parliament must seek consent from the Scottish parliament and the Welsh assembly when legislating on policy areas that overlap with their devolved lawmaking powers in areas such as education, health, farming and fishing. Both have declined to give their consent to the withdrawal bill.

May’s spokesman said the government had made a “considerable” offer on the redistribution of powers, and that accepting the deal set out by Lidington was the best way to ensure a smooth and orderly EU exit.

The devolved government in Edinburgh says it is preparing to pass its own legislation to protect Scotland, where a majorty voted to stay in the EU, from Brexit.