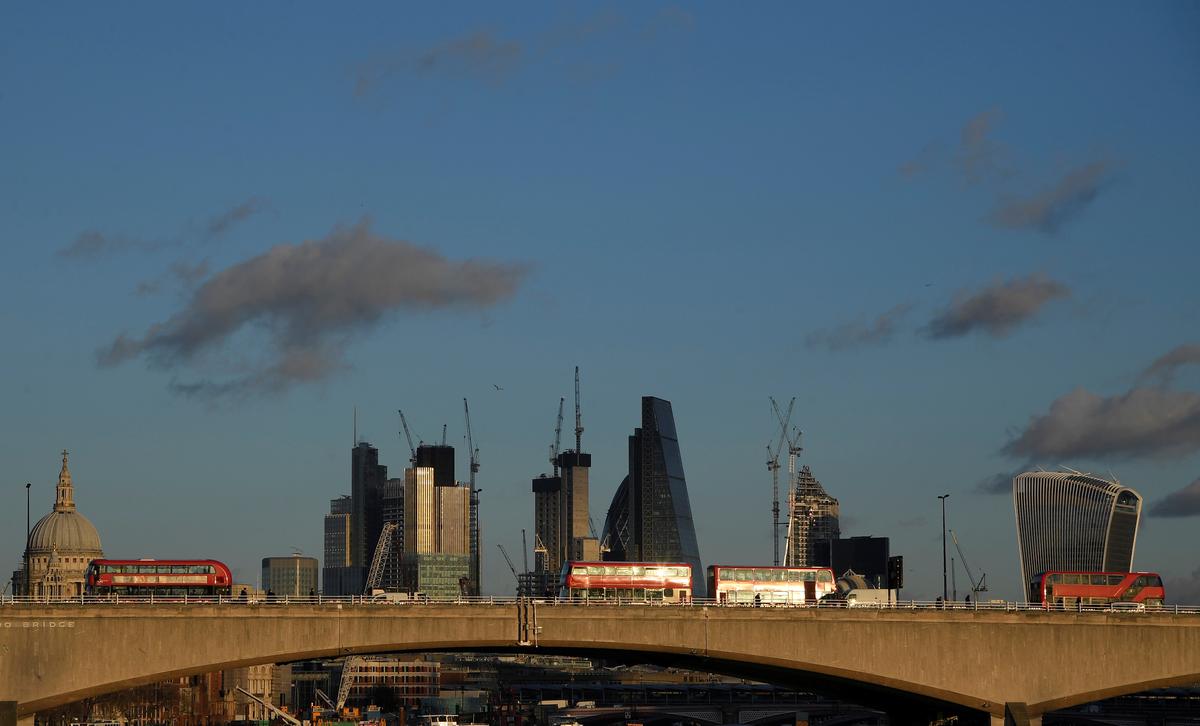 LONDON (Reuters) – British businesses reported a pickup in growth in the three months to December but they expect a slowdown in early 2018 as high inflation takes its toll on households, the Confederation of British Industry said on Thursday.

The CBI’s monthly growth indicator – based on surveys of how companies’ output has changed over the previous three months – jumped to +19 in December from +6 in November, which was the joint lowest level in more than a year.

Growth was broad-based across sectors, the CBI said.

By contrast, the forward-looking component of the CBI growth survey fell to +4, its lowest level since immediately after the Brexit vote in June 2016, from +6 in November.

British inflation hit its highest level in nearly six years in November when it rose to 3.1 percent, pushed up in large part by the fall in the value of the pound after voters decided to take the country out of the European Union.

Wages have been growing more slowly than prices and official data released last week showed households increased their spending at the slowest pace since 2012 in the July-September period.

The pinch on consumer spending and uncertainty for many companies about what Brexit means for them has weighed on Britain’s overall economy which has grown more slowly than its peers in Europe this year.

Many forecasters expect growth will remain sluggish in 2018.

The CBI growth indicator is based on a combination of its surveys of manufacturers, retail and distribution companies and business and professional services firms, which it says covers about three quarters of the private-sector economy.