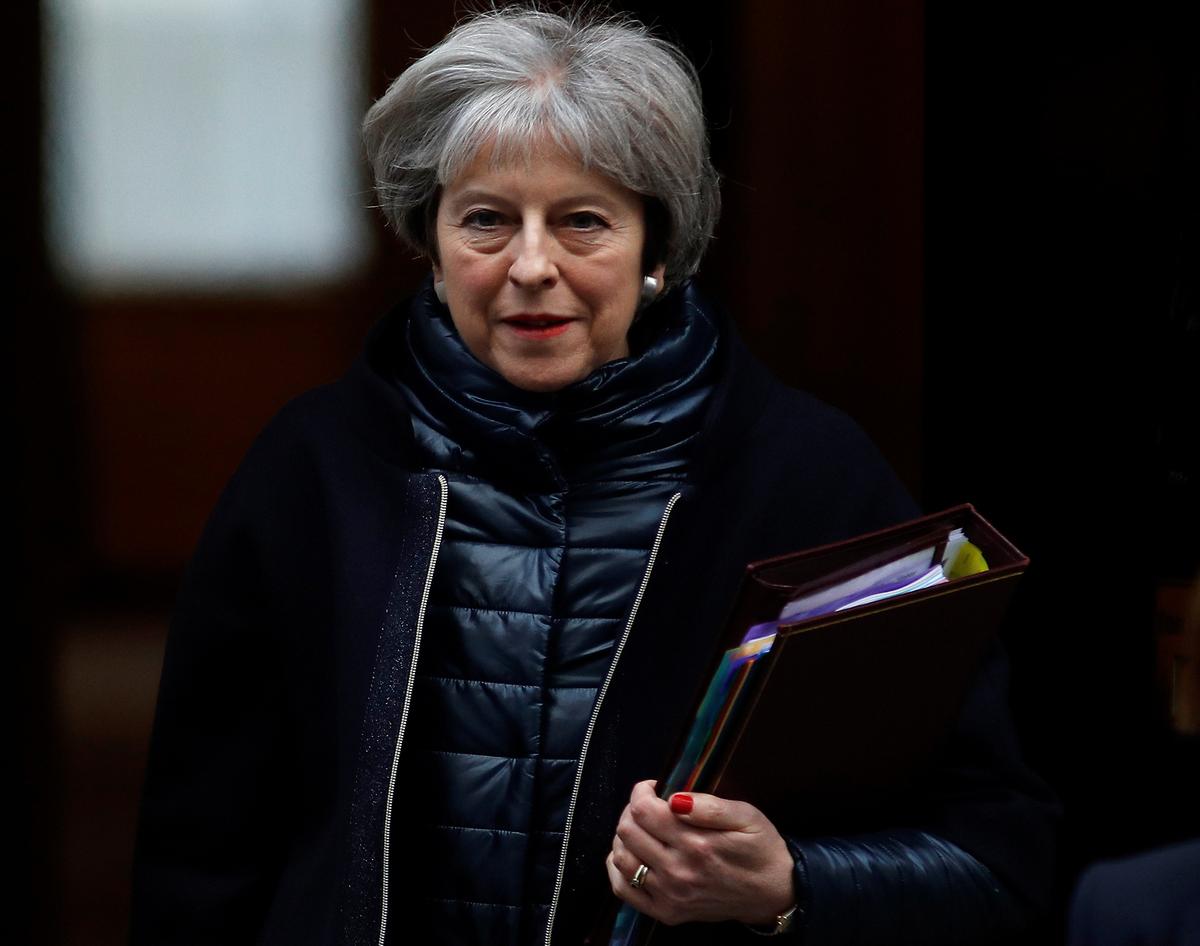 EDINBURGH (Reuters) – The British government believes the question of whether it alone can stop Brexit is irrelevant, since it does not intend to change its mind about leaving the European Union, according to its response to a legal challenge by Scottish lawmakers opposed to Brexit.

In a court document seen by Reuters, Theresa May’s government submitted its legal response to the challenge filed by a group of anti-Brexit Scottish lawmakers at Scotland’s Court of Session, its supreme civil court. Now the court must decide within a two-week period whether a full hearing should be called.

The petitioners seek to show that Britain can, if the case arises, change its mind about leaving the world’s biggest trading bloc and do so alone. They say if that were the case, Britain’s bargaining position would be strengthened because it would not have to kowtow to the demands of the other 27 EU members to rejoin.

May formally notified the EU of Britain’s intention to leave by triggering Article 50 of the Lisbon Treaty on March 29 last year, starting a two-year exit process.

She has said she will not tolerate any attempt in parliament to block it. But British lawmakers defied the government in December by voting against May’s wishes and securing parliament a much more substantial say on whether to accept the final Brexit deal.

The 21-page court document, sent as a response from Britain’s Brexit Minister David Davis, argued that the petitioners had failed to provide proper grounds. “There not being a genuine dispute as to the proper construction of Article 50(2) TEU, the orders sought should be refused.”

A spokeswoman for the UK government had no immediate comment.

Britons voted 51.9 percent to leave the EU in June 2016, and May is currently drawing up a plan for Britain’s prospective trade deal with the EU after Brexit happens.

“What would be terrible would be for parliament to decide it doesn’t like the (Brexit) deal the government has managed to do and it fell a long way short of what the people were promised in the referendum campaign and for no one to know what that meant,” Jo Maugham QC, who has crowd-funded the petition, told Reuters.

“It would be enormously disruptive to the political and economic life of the whole of the European Union,” he said.

Separately, a legal source told Reuters that a Labour lawmaker was preparing a letter of support from other lawmakers for the Scottish Brexit litigation.

Scotland’s supreme civil judicial body will now decide whether the case goes to hearing and, eventually, to the European Court of Justice to make a final decision. It may have a bearing on whether or not Brexit happens and how it happens, if public opinion should change.

“The government want us to believe that you either accept the deal on offer or you crash out on March 29 2019 with no deal” said Joanna Cherry QC, one of the petitioners and lawmaker for the Scottish National Party.

“Both (European Council President) Donald Tusk and (French President Emmanuel) Macron have in the past week mentioned the possibility that the UK could still change its mind about leaving, the implication being that such a change of mind would be acceptable to (other EU members).”

Since the referendum, opponents of Brexit at home and abroad have said Britain could change its mind legally and avoid what they say will be disastrous consequences for the economy.

Commentary: Malaysian youths will force a political reckoning some day. That day may be at hand
Jakarta governor contracts COVID-19 as Indonesia infections spike
Thailand says 6 more of its citizens with COVID-19 entered the country illegally
Bangladesh expects to receive first COVID-19 vaccines by February
Up to 1 billion people in Asia to face lethal heatwave conditions by 2050 due to climate change: Report