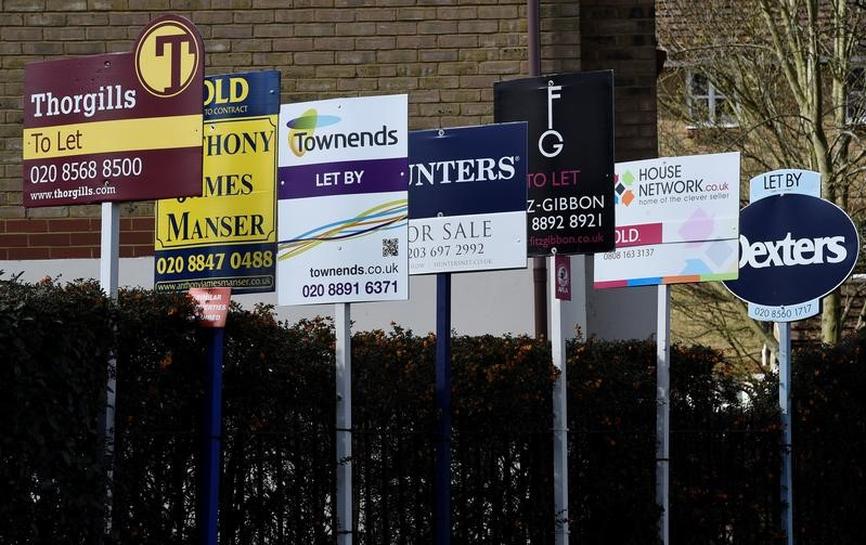 LONDON British house prices in the three months to June undershot economists’ forecasts and rose at the slowest pace in annual terms in more than four years as accelerating inflation squeezed the finances of many households, mortgage lender Halifax said.

Average house prices in the period were 2.6 percent higher than a year earlier, slowing from a 3.3 percent increase in May, Halifax said on Friday.

Economists in a Reuters poll had expected a 3.1 percent rise.

Britain’s housing market has slowed sharply since last June’s vote to leave the European Union, when prices were growing by almost 10 percent a year.

The slowdown contributed to a fall in consumer confidence in a survey published last month.

In June alone, house prices fell by 1.0 percent from May, compared with a median forecast of growth of 0.2 percent in the Reuters poll.

Halifax’s survey contrasted with that of another mortgage lender, Nationwide, which said last week that house prices rebounded in June after three months of falls.

Bank of England figures published last week showed the number of mortgages approved and net mortgage lending picked up a bit of speed in May.

Martin Ellis, an economist with Halifax, said consumer prices rising faster than wages were putting pressure on the finances of many households.

“This, combined the new stamp duty on buy-to-let and second homes in 2016, appears to have weakened housing demand in recent months,” he said.

“A continued low mortgage rate environment, combined with an ongoing acute shortage of properties for sale should help continue to underpin house prices over the coming months.”