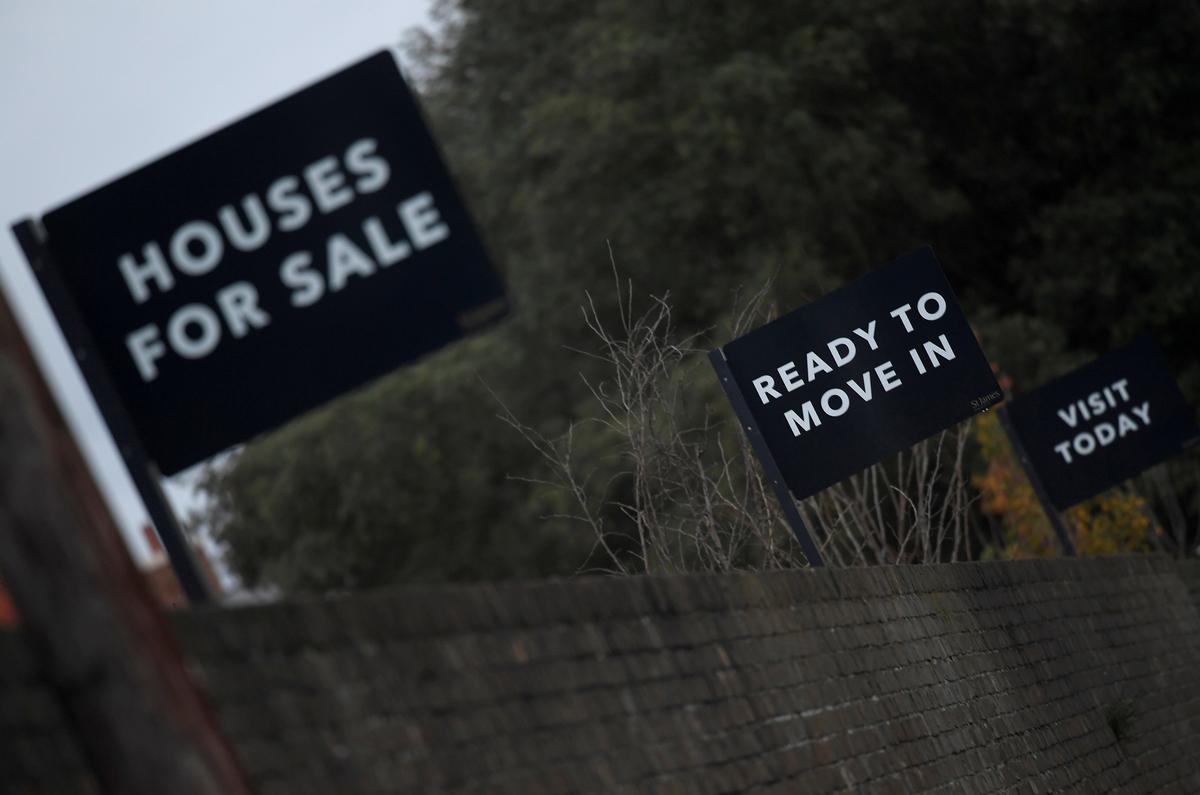 LONDON (Reuters) – British home prices are set to extend a slow march higher next year, in part from a cut in housing transaction tax for new buyers, but London prices will fall for the first time in eight years as Britain prepares to leave the European Union.

According a Reuters poll of 28 housing market specialists, property prices will rise just 1.3 percent nationally in 2018, less than half the current rate of consumer price inflation.

One year ago, the same Reuters housing market survey forecast 2 percent UK house price inflation for 2017, only just a little below the last reported annual rate of 2.5 percent from the Nationwide Building Society.

The latest Reuters poll predicts British home prices will increase 2.3 percent in 2019 and 3.0 percent in 2020, despite expected gradual interest rate rises from the Bank of England.

In the capital, long a hotbed for domestic and foreign investors seeking to take advantage of roaring price rises, the average home price will fall 0.3 percent next year, which would be the first drop since the financial crisis crash in 2009.

“Affordability and Brexit uncertainty will weigh down on house price inflation – exacerbated in London by a high price base line,” said Simon Rawlinson, head of strategic research and insight at consultancy Arcadis.

Britain’s 2016 referendum vote to leave the EU has created widespread business uncertainty and banks are preparing to move an estimated 10,000 jobs to the continent after Brexit in order to maintain full access to the EU’s Single Market.

A long-term shortage of homes has fuelled price rises in recent decades and last month the British government committed 44 billion pounds to provide funding, loans and guarantees over the next five years in a bid to deliver 300,000 net additional homes per year on average by the mid-2020s.

But nearly all the respondents polled by Reuters in the past week said that goal would not be met.

“Funding is not available over a long enough period to get through planning hurdles and to create enough offsite capacity,” said Rawlinson.

The UK housing industry says it needs to build around 250,000 properties a year just to meet pent-up demand, which has pushed up prices and rents, stopping many younger people from getting onto the property ladder.

Home ownership is the bedrock of consumer wealth in Britain. But with the average asking price for a home now over 300,000 pounds, and double that in London, coming up with a deposit and borrowing to buy a house is out of reach for many.

In a bid to help younger people struggling to get onto the housing ladder, during its annual budget statement last month the government pledged to scrap the stamp duty property tax for first-time buyers for homes worth up to 300,000 pounds.

But rather than helping buyers, 20 of 23 people polled said the move would increase property prices and so was unlikely to make homeownership more attainable.

“If you give 10 people an extra 50 pounds to bid for six houses then six homes sell for 50 pounds more and four people still have nowhere to live,” said buying agent Henry Pryor.

Britain’s official budget watchdog, the Office for Budget Responsibility, said the stamp duty cut could push house prices up, meaning the total cost of buying a home would rise for first-time purchasers even with the tax reduction.

When asked to rate house prices, on a scale of one to ten where one is extremely cheap and ten extremely expensive, respondents gave a median of nine for London and seven nationally.