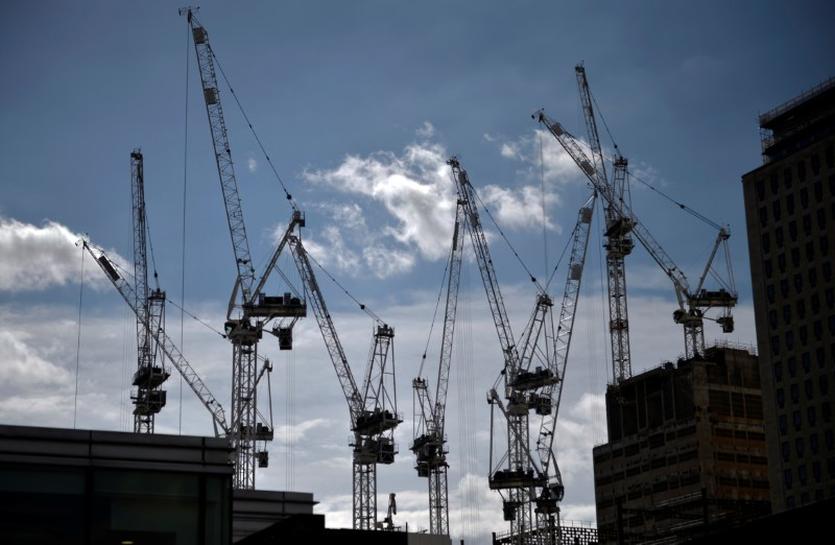 Britain’s economy eked out only sluggish growth in the first half of 2017 as consumers battled with higher inflation triggered by last year’s vote to leave the European Union.

The Bank of England is expecting stronger net exports and business investment to lift growth in the second half of this year, but Thursday’s official data offered mixed signals.

Britain’s trade deficit in goods with the rest of the world widened unexpectedly in June, as export volumes suffered their sharpest monthly fall in a year, though looking at the quarter as a whole, export volumes are up by 5.0 percent on the year.

Industrial output contracted by 0.4 percent in the three months to June, unchanged from an initial estimate by the Office for National Statistics that contributed to weak overall gross domestic product growth of 0.3 percent in the second quarter.

The ONS said Thursday’s data did not point to any significant revision of its earlier GDP estimate.

A Reuters poll released on Thursday showed economists expect Britain to maintain a quarterly pace of growth of 0.3 percent for the coming year, compared with 0.4 percent in the euro zone.

In June alone, industrial output jumped by 0.5 percent on the month compared with forecasts in a Reuters poll for a 0.1 percent rise. But the ONS said this reflected a lack of oilfield maintenance that month, which normally depresses output and instead is likely to come later in the year.

Car production dropped by 3.6 percent on the month in June after a 2.3 percent fall the month before, the sharpest decline since December 2013.

Overall manufacturing, which includes car production but not oil, was flat on the month and in line with expectations.

Construction, which accounts for 6 percent of the economy, fell by 0.1 percent in June and dropped by 1.3 percent in the second quarter as a whole – a bigger fall than earlier thought and the sharpest drop in almost five years.

Britain’s deficit in goods trade with the rest of the world widened to 12.7 billion pounds from 11.3 billion the month before, bucking economists’ expectations for a fall to 11 billion pounds.

Taking services exports into account, the Britain’s overall trade deficit was 4.6 billion pounds, its widest since September of last year.