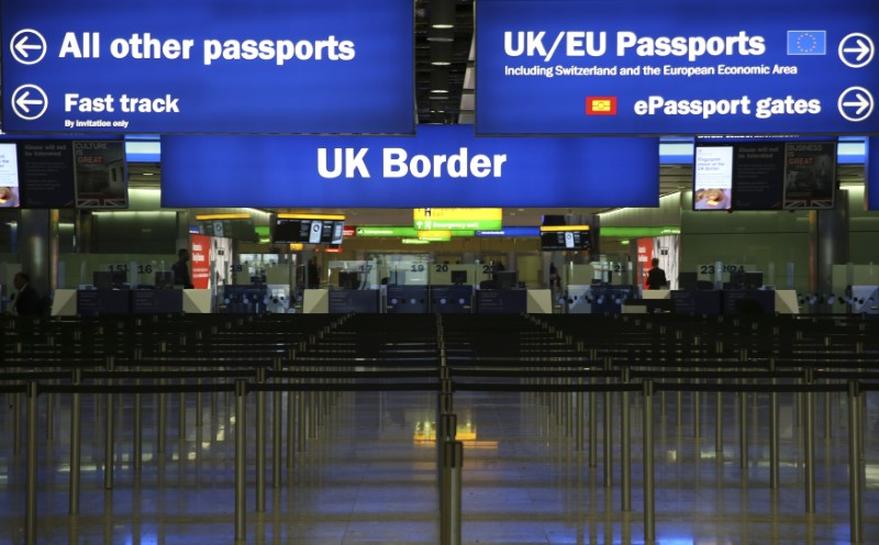 LONDON (Reuters) – The British government should agree an implementation period for curbs to immigration from the European Union after Britain leaves the bloc to allow businesses time to adapt, a committee of lawmakers said in a report published on Friday.

Concerns over immigration were a key driver behind last year’s vote to leave the EU, and the government has made controlling Britain’s borders central to its Brexit plans.

But last month’s national election, in which voters stripped Prime Minister Theresa May of her parliamentary majority, has reopened the debate about what kind of future relationship Britain should seek with the EU, with the government promising to seek as wide a consensus as possible.

Media reported on Friday that finance minister Philip Hammond had backing among senior ministers for a plan to allow free movement of people to continue for at least two years after Brexit.

“It will take companies time to adapt their business models to be less dependent on EU workers and an implementation period is essential to ensure a smooth transition,” said Michael Forsyth, chairman of the economics committee of the House of Lords.

The report said the necessary training of the British workforce and investment in new technologies could take a number of years, and businesses would need to retain access to the EU labour market during this time.

As part of Hammond’s plans, EU citizens would still be able to move to Britain for up to two years, The Times newspaper reported on Friday. The Guardian newspaper cited a senior cabinet source as saying free movement could last for up to four years.

A man carrying a bag adorned with a British Union Jack flag steps into a bus departing from Sofia’s central bus station to London via Austria, Germany and France January 2, 2014.Stoyan Nenov

Asked about the reports, May’s office pointed to the speech the prime minister made in January to set out her Brexit position, in which she called for a “phased process of implementation” to allow businesses to prepare.

May stressed the need for a “smooth orderly exit” from the EU on Thursday at a meeting with businesses. Brexit minister David Davis has previously said that Britain would not suddenly shut the door on low-skilled EU migrants after Brexit.

The committee of lawmakers also said that without improvements to the accuracy of migration data the government would struggle to control immigration after Brexit as it would be formulating policy “in the dark”.

The government has repeatedly failed to meet a pledge to reduce the annual net migration level to below 100,000. In 2016 the figure fell to its lowest in more than 2-1/2 years but, at 248,000, was still more than double that target, which covers immigration from the EU and outside.

The committee said sticking with a numerical target risked causing “considerable” disruption to businesses and the economy.

“The objective of reducing migration to sustainable levels should be implemented flexibly and be able to take account of labour market needs, in particular during the implementation period,” it said.