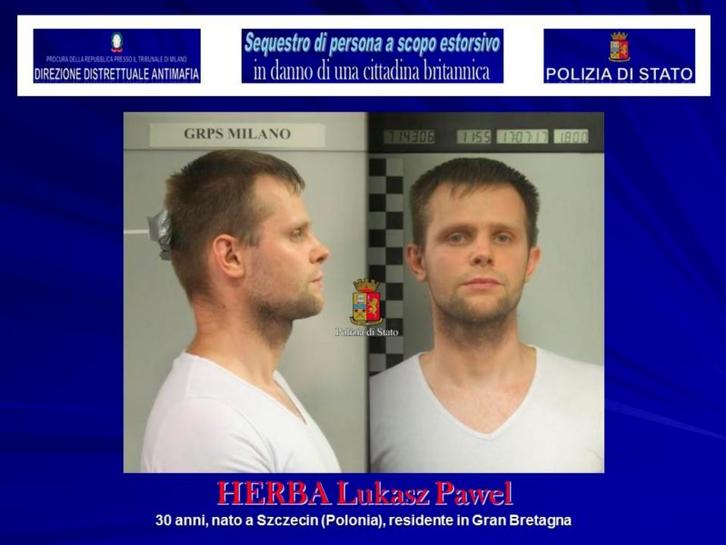 LONDON (Reuters) – British police said on Wednesday they had arrested the brother of a man suspected of abducting a British model in Milan and threatening to auction her online unless a ransom was paid.

Model Chloe Ayling told Italian police she had been held captive for six days after being lured to a photo shoot in Italy last month where she was kidnapped.

Italian police said they had arrested the alleged kidnapper Lukasz Pawel Herba, a British resident born in Poland, and he had confessed to being involved in a plot.

He is due to appear at London’s Westminster Magistrates Court on Aug. 17.

Ayling told police that when she arrived at the studio for the Milan photo shoot, she was drugged, gagged, bound, stuffed into a bag, put into the boot of a car and driven to a village near Turin in northwest Italy.

Her lawyer said the plot was to sell the model for sex in an online auction unless a $300,000 ransom was paid.

Lukasz Herba told police he freed her and handed her to the British consulate after the group became aware she had a young child, according to documents outlining his testimony.

Ayling has given a number of TV and press interviews since returning to Britain to give details of her abduction and respond to critics who have voiced doubts about its veracity.

HSA warns against weight loss products found to contain banned subtance and laxative
AstraZeneca vaccine made in India to arrive in Canada on Wednesday
Hong Kong Activists Still in Court as Supporters Gather Outside
The Substation to close permanently after moving out of Armenian Street building
Commentary: Children from low-income families and the power of ‘significant adults’