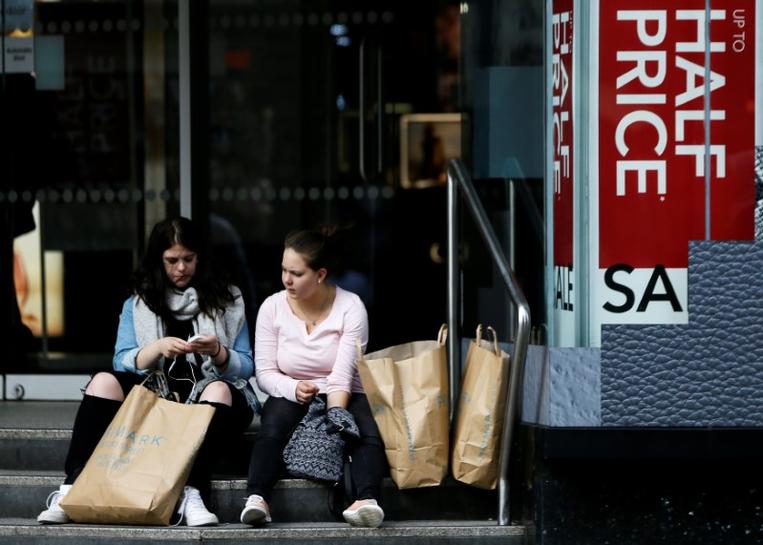 LONDON (Reuters) – British retailers cut jobs over the past three months at the fastest rate since comparable records began in 2008, due to technological change and rising employment costs, the British Retail Consortium said on Thursday.

The BRC, which represents major retailers, said its members employed 3.0 percent fewer staff in the third quarter of this year than during the same time in 2016, and total hours worked fell by 4.2 percent year-on-year.

Both were the steepest falls since the BRC started collecting records in 2008, when Britain was in the middle of its sharpest recession in decades.

This contrasts with the picture in the broader economy, where the unemployment rate is its lowest since 1975 and job creation has been strong, albeit partly at the expense of wages.

Still, the BRC report chimed with a European Commission survey last month that showed British retailers’ expectations for employment sank to their lowest since late 2011.

“Behind this shrinking of the workforce is both a technological revolution in retail, which is reducing demand for labour, and government policy, which is driving up the cost of employment,” she added.

Retail, which accounts for just under 10 percent of jobs in Britain, has a lot of low-paid jobs that have been affected by rapid rises in the minimum wage in recent years, as well as a new government training levies and pension requirements.

High-street retailers also face stiff competition from online stores, which typically need fewer staff, and supermarkets have increasingly been switching to customers scanning their own shopping, supervised by a handful of staff.

Sainsbury‘s, Britain’s second biggest supermarket group behind Tesco, said last week it was seeking to cut up to 2,000 jobs, mainly in its payroll and human resources departments.

One silver lining of the fall in jobs was an increase in average pay for staff who remained, as productivity improved, the BRC said – a trend at odds with the lacklustre performance on jobs and productivity in other British industries.

“The challenge for retailers will be in maintaining the pace of productivity improvement as they come up against shortages of the skills needed for a new, digital-dependent industry,” Dickinson said.