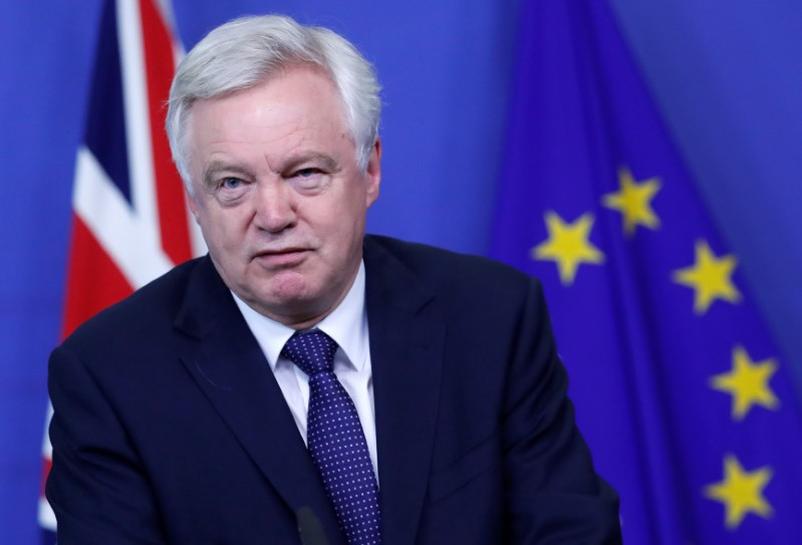 LONDON (Reuters) – The European Union has proposed that Britons living in the bloc after Brexit will only have the right to stay in the country where they are resident when Britain leaves, Brexit minister David Davis said in a letter on Wednesday.

In a letter updating a committee of lawmakers from Britain’s upper house of parliament on the negotiations, Davis said the EU was only offering restricted residency rights to Britons.

“Their offer only guarantees residence rights in the member state in which a British national was resident at the point of our exit from the EU. It does not guarantee the holder … any right to onward movement within the EU, for example to work or study in a neighbouring member state,” he said.

“We have questioned whether this is consistent with the principle of reciprocity, and also with the Commission’s desire to protect rights currently enjoyed under EU law. This will be the subject of further discussion in due course.”

The European Commission, the Brussels-based executive arm of the EU where a special team is negotiating with London on behalf of the other 27 states, said divorce negotiations should start with addressing the uncertainty caused by Brexit.

“This should be agreed on the principles of continuity, reciprocity and non-discrimination,” she said, adding that the triggering of the exit clause by Britain “does not change the right to free movement”.

She added: “Nor should it affect the rights of citizens who have made life choices on the basis of EU law and EU membership.”

After the first full round of talks last month, chief EU negotiator Michel Barnier said there was “a fundamental divergence” between the two sides on how to protect the rights of expatriates after Brexit.

Britain set out proposals in June to allow current immigrants from the EU to retain healthcare, work rights and other benefits that are more generous than those given to migrants from elsewhere.

It said those who had lived in Britain for five years by an as yet unspecified cut-off point could acquire “settled status” similar to permanent residency. Those more recently arrived would be allowed to stay until they achieved this status.

The next round of Brexit talks is due to take place in the last week of August.