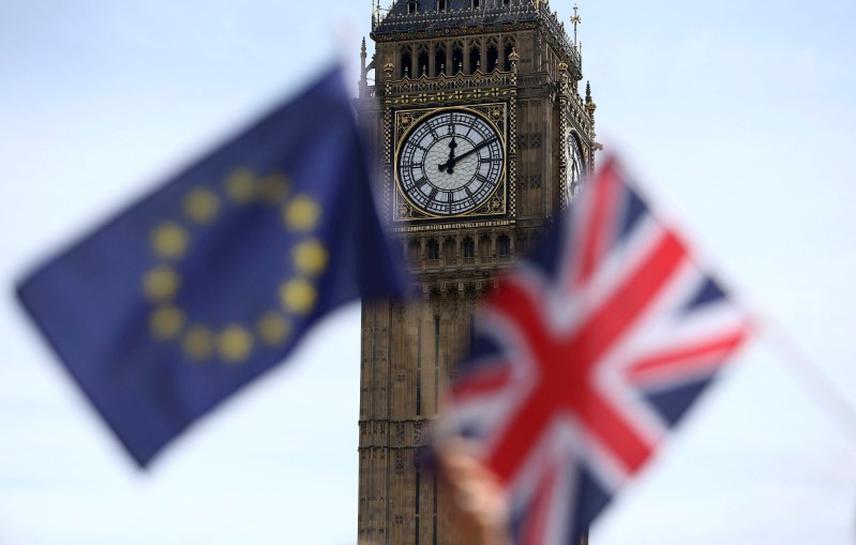 LONDON (Reuters) – The British government said on Thursday its key piece of Brexit legislation would be debated in parliament on Nov. 14 and 15, the next stage in what is expected to be a tortuous lawmaking process that will test Prime Minister Theresa May’s authority.

The European Union (Withdrawal) Bill is central to the government’s plan to leave the EU in March 2019, repealing the laws that made Britain an EU member and transposing existing EU law into British law.

But it has faced widespread criticism from members of parliament of all parties – including May’s Conservatives – for giving the government too much power to change laws, and for not guaranteeing parliament a vote on the terms of Brexit.

As a result, the bill’s passage through parliament will depend on May’s fragile minority government being able to pacify rebel MPs who said they were “deadly serious” about trying to give parliament a greater say on the terms of the EU exit.

The much-anticipated first two days of debate were announced in parliament by Andrea Leadsom, leader of the lower house. Six further days of debate are planned but dates were not announced.

The bill passed its first parliamentary test in September and the next stage had been expected earlier by some MPs, but the government said it needed time to look over the hundreds of proposed changes which will be discussed.

“Nearly 400 amendments have been tabled and we are looking at those with the utmost seriousness,” a Brexit department spokeswoman said.

“We look forward to continuing the debate and working with Parliament to ensure that we deliver a functioning statute book on exit day.”

Junior Brexit minister Steve Baker later warned that if the bill fails to pass through parliament in time for “Brexit day” on March 29 2019, holes would appear in the country’s laws.

He also said the government currently planned separate legislation to implement the terms of the transitional agreement it is seeking to help smooth its departure from the EU, erecting another potentially difficult parliamentary hurdle.

May’s spokeswoman later said it was too soon to know for sure if this would be required.

Among the proposed changes to the withdrawal bill, several have enough support from Conservative MPs to defeat May, who commands a slim 13-seat working majority in the 650-seat parliament thanks to a deal with Northern Ireland’s Democratic Unionist Party.

One of the potential Conservative rebels, Nicky Morgan, warned the government not to underestimate their desire to change the bill. “We are deadly serious,” Morgan, a former senior minister who was sacked by May last year, told parliament.

Any rebellion is expected to crystallise around government plans to offer MPs a vote on the final exit package.

The promise is not currently written into the bill, which will only allow MPs to accept the deal the government has negotiated with Brussels or reject it and leave the EU without a deal.

Brexit minister David Davis angered parliamentarians on Wednesday by suggesting that vote could even come after Britain has left the bloc, forcing his department to issue a clarification.

Called to parliament on Thursday morning to explain his words, Davis said he expected the vote to take place before December 2018 or January 2019, referring to the EU’s preferred negotiating timetable.

Despite his clarification, MPs signalled they wanted to have more say on the exit deal and would try to force the government into making concessions next month in parliament by guaranteeing in law a vote that gives MPs a greater say.