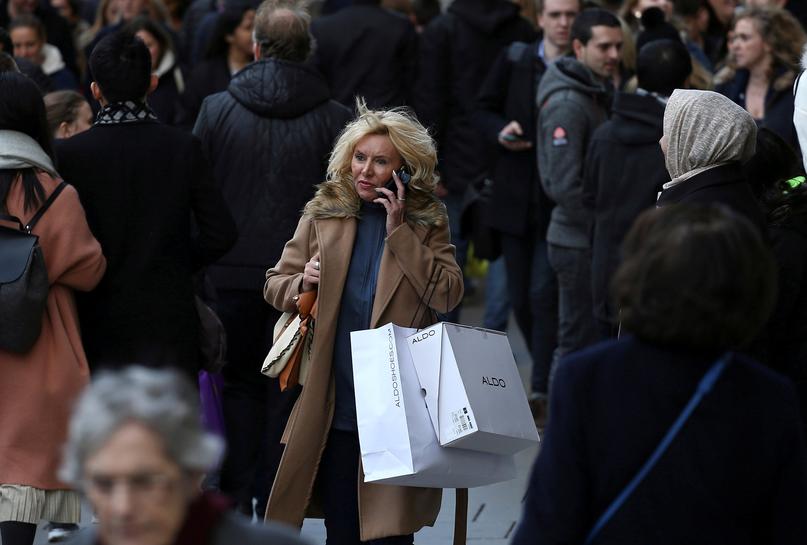 FILE PHOTO: A shopper speaks on her mobile phone as she walks along Oxford Street in London, Britain December 3, 2016. REUTERS/Neil Hall/File Photo

The Confederation of British Industry’s monthly retail sales balance rose to +26 from -36 in October, beating the median forecast in a Reuters poll of +5.

Retailers also became more confident about the month ahead, with the balance of expected sales hitting a two-year high.

Still, quarterly figures from the CBI pointed to an uncertain outlook, with the net balance of retailers reporting rising prices hitting its highest level since 1991.

“Ahead of the crucial run up to Christmas, the weaker pound has pushed up prices and retailers are nervous about business conditions and are trimming their workforces,” CBI chief economist Rain Newton-Smith said.