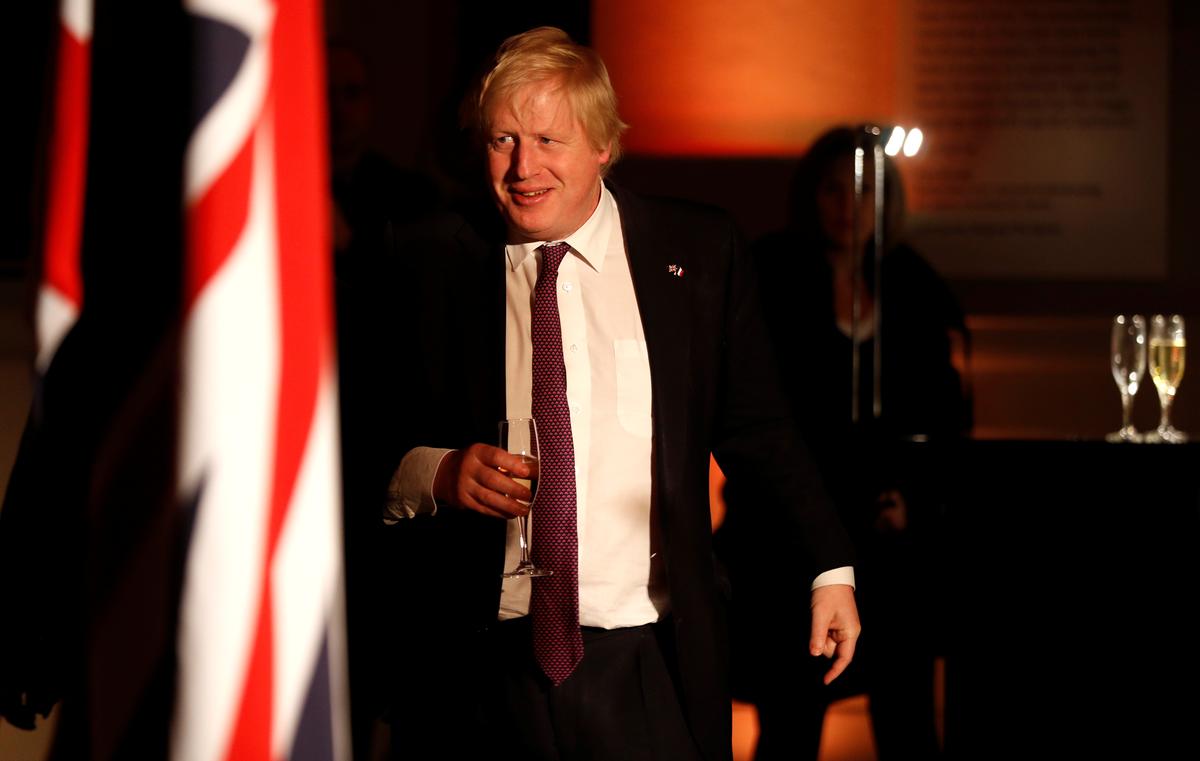 LONDON (Reuters) – British foreign minister Boris Johnson will say on Wednesday that it would be “intolerable” and “undemocratic” if the country has to follow European Union rules and regulations after Brexit, showing little sign he will give ground on his tough position.

Kicking off a series of speeches by ministers that Prime Minister Theresa May hopes will show a “road to Brexit”, Johnson will say the benefits of being in the EU’s single market and customs union are “nothing like as conspicuous or irrefutable” as claimed by supporters of a so-called soft Brexit.

“It is only by taking back control of our laws that UK firms and entrepreneurs will have the freedom to innovate without the risk of having to comply with some directive devised by some lobby group with the aim of holding back a UK competitor,” Johnson will say, according to excerpts of his speech published in The Sun newspaper.

“That would be intolerable, undemocratic and make it all but impossible for us to do serious trade deals.”

With little more than a year left before Britain’s March 2019 exit from the EU, May’s Conservative Party remains deeply divided over what sort of relationship the world’s biggest trading bloc and the world’s sixth-largest economy should have.

Johnson, a prominent Brexit campaigner, is among those pushing for a harder Brexit which would move Britain away from EU rules and allow it to sign trade deals with non-EU countries.

By contrast, finance minister Philip Hammond, who voted to stay in the EU, has called for Britain to be as closely aligned as possible to the bloc to minimise disruption to the economy. Many business leaders support that approach to Brexit.

It remains to be seen which side of the debate May will eventually back. She is due to meet German Chancellor Angela Merkel on Friday as London and the rest of the EU try to agree on a transition deal to smooth Britain’s exit from the bloc.

Johnson will also warn on Wednesday that some EU supporters were attempting to reverse Brexit which would leave Britain with irreconcilable political divisions, according to other excerpts of his speech distributed by his office to media.

“I fear that some people are becoming ever more determined to stop Brexit… I believe that would be a disastrous mistake that would lead to permanent and ineradicable feelings of betrayal,” Johnson will say.

The speech is being billed by aides as a chance for Johnson to show a path for “an outward-facing, liberal, and global Britain following our exit from the EU”.

The foreign minister has become increasingly worried, his aides say, that what he sees as his Brexit legacy – a promise to return millions of pounds to Britain’s state-funded health service – is being squandered by an indecisive May.

Up Your Alley: Jurong, from ‘cowboy town’ to heritage hotspot
Taxi driver jailed, banned from driving for knocking down student at zebra crossing
10 new COVID-19 cases in Singapore, including 2 locally transmitted infections
Commentary: After years of demonising China, the US has to start an honest dialogue
Indonesian who tested positive for COVID-19 was arrested for suspected involvement in helping 4 men enter Singapore illegally