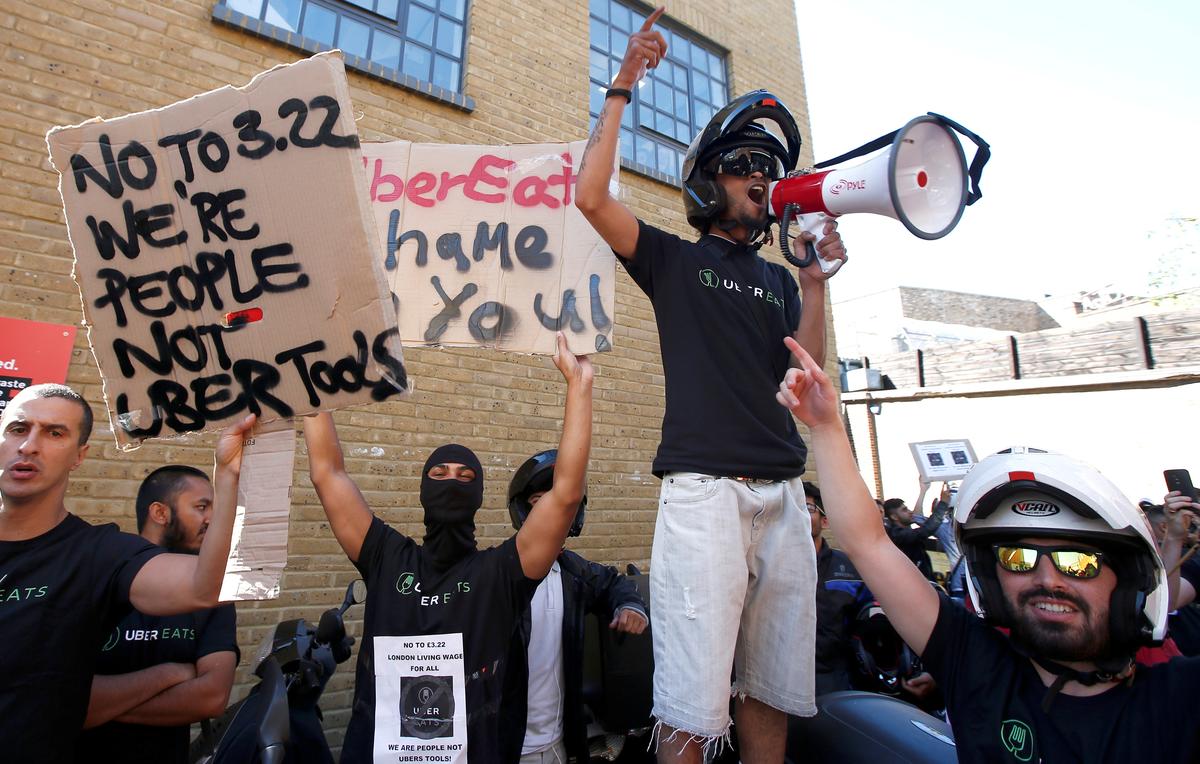 LONDON (Reuters) – Britain said on Wednesday it would launch a consultation into workplace rights after mounting criticism from some unions and lawmakers that those in the “gig economy” are being exploited.

The self-employed in Britain are entitled to only basic protections such as health and safety whilst workers receive the minimum wage, holiday pay and rest breaks and employees are also guaranteed rights such as maternity leave and sick pay.

Rapidly expanding tech firms such as Uber [UBER.UL] and food courier Deliveroo hire their drivers on a self-employed basis and say they enjoy the flexibility of the gig economy, where people tend to work for multiple firms without fixed contracts.

Unions say those practices are exploitative and have taken court action against Uber and others, arguing drivers deserve workers’ rights, winning a high-profile case against Uber in 2016 which the taxi app is appealing.

Prime Minister Theresa May is keen to show she is tackling problems faced particularly by younger Britons, who deprived her ruling Conservatives of a majority in a snap election last year by overwhelmingly backing the left-wing Labour Party.

“We recognize the world of work is changing and we have to make sure we have the right structures in place to reflect those changes, enhancing the UK’s position as one of the best places in the world to do business,” said May.

As part of the consultation, which is due to close in the Spring, the government will consider whether new legislation is needed to make it easier to differentiate between employment categories, affecting rights and tax obligations.

It comes after a review by the Chief Executive of The Royal Society of Arts Matthew Taylor said last year that many Britons working for firms in the gig economy deserved more benefits such as the minimum wage.

Responding to the review, ministers said millions of people will be able to seek a more stable contract, have holiday and sick pay enforced, receive a list of rights they are entitled to and be given a payslip.

They also pledged on Wednesday to crack down on sectors where unpaid interns are performing the role of a worker and will consider increasing penalties for employers who have lost similar employment tribunal cases in the past.

Labour has promised a raft of measures to boost workplace rights, including the abolition of zero-hours contracts, which offer no guarantees on working hours, and a hike in the minimum wage.