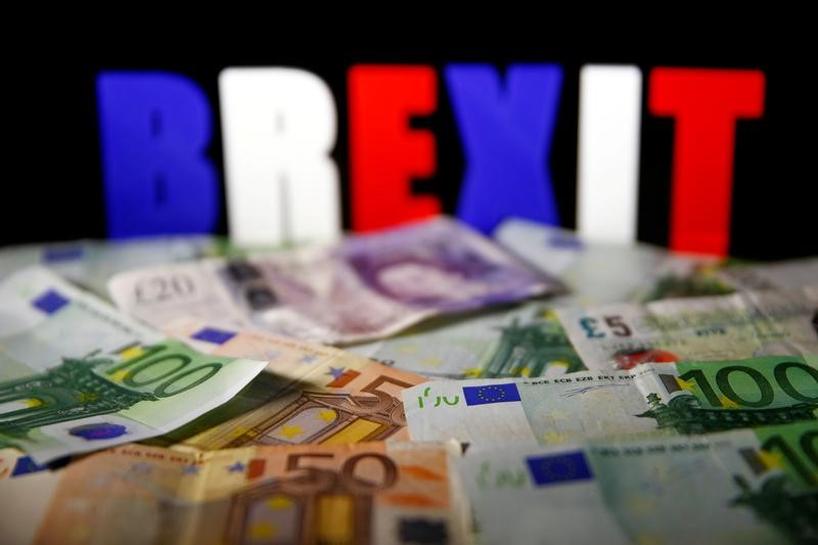 LONDON (Reuters) – Britain will issue a cluster of new papers this week to outline its strategy positions in divorce talks with the European Union, ranging from regulation of goods to data protection, the UK’s Brexit department said on Sunday.

Prime Minister Theresa May’s government wants to push discussions with the EU beyond a focus on settling divorce arrangements to its future relationship with the bloc to bring clarity to anxious businesses, citizens and investors.

Last week, Britain issued proposals for a future customs agreement with the EU and a solution for Northern Ireland to avoid a return of border posts with the Republic of Ireland which might inflame tensions.

Britain’s Brexit department said on Sunday it would issue two formal position papers this week along with a batch of proposals for discussions on future relations ahead of the next round of negotiations scheduled for later this month.

“In the coming days we will demonstrate our thinking even further, with five new papers – all part of our work to drive the talks forward, and make sure we can show beyond doubt that we have made sufficient progress on withdrawal issues by October so that we can move on to discuss our future relationship,” Britain’s Brexit minister David Davis said in a statement.

In July, the EU’s top Brexit negotiator, Michel Barnier, said talks on future relations had become less likely to start in October because of a lack of progress on issues such as how much Britain should pay to leave the EU, the future rights of British and EU citizens, and how to manage a land border in Ireland

EU officials said progress had been difficult because Britain had no position at all on many issues and that an already-tight timetable could be delayed ahead of the scheduled March 2019 exit.

The release of a swathe of papers this week underlines Britain’s desire to counter that criticism.

One will be a technical paper dealing with services associated with the production, sale and distribution of goods, along with their operation and repair, which Britain’s Brexit department said should form part of the exit negotiations.

“It’s basically about ensuring that when we leave there isn’t a situation where goods on the market that have been validated and checked, all of sudden we have a need for businesses to have to go through compliance checks,” a spokesman said.

In another, the government will say it is important to establish a framework on confidentiality to ensure the current system for exchanging official documents is protected.

Further papers on the future relationship will be released outlining the UK’s plans for civil judicial cooperation with the EU, dispute resolution in light of Britain’s intention to end the European Court of Justice’s jurisdiction over British matters, and on data protection.