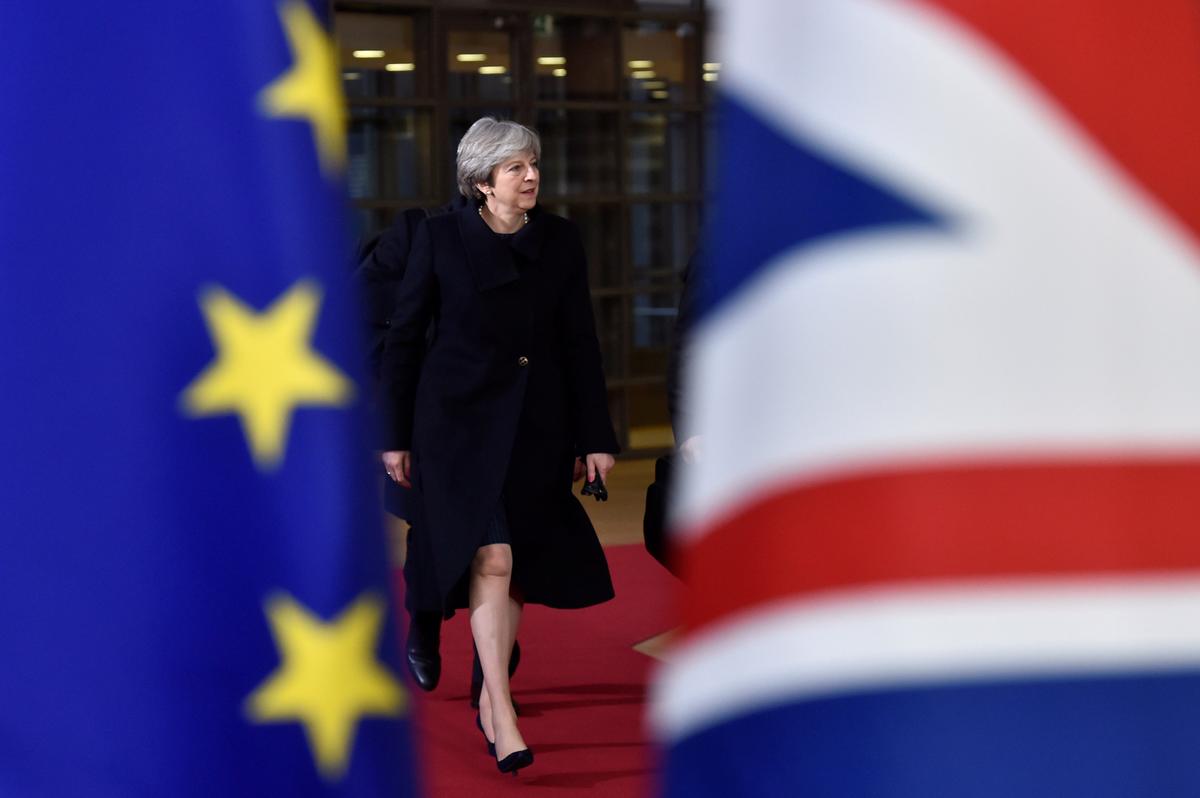 LONDON (Reuters) – Prime Minister Theresa May told ministers on Tuesday Britain’s objective should be a deal that enables it to set rules that are right for its situation after leaving the European Union, her spokesman told reporters after a meeting where May presented her long-term aims for upcoming Brexit talks.

Having secured an agreement to move EU exit negotiations to the next stage last week, Tuesday’s cabinet discussion marks the start of May’s next battle over Brexit: what kind of long-term relationship will Britain have with the bloc?

In making that decision, May has to manage deep divisions at home, including among senior ministers, over whether to align the country’s economic future with the EU, or diverge from the bloc and seek a more global role.

“The PM said it was clear what the cabinet’s objective is: a deal which secures the best possible trading terms with the EU, enables the UK to set rules that are right for our situation and facilitates ambitious third-country trade deals,” the spokesman said.

The discussion lasted 1-3/4 hours and saw 25 ministers speak on a subject at the heart of the country’s political debate over leaving the EU. It was the first time cabinet has discussed the so-called “end state” of the negotiations since the referendum vote to leave in June last year.

Asked whether there was agreement on May’s key aims, the spokesman said: “Yes, it’s clear what we want to achieve. It was set out in a good, clear, detailed discussion in which there were contributions from a large majority of the cabinet.”

The spokesman said May ruled out a final economic partnership with the EU modeled on the European Economic area, and that her aim was to get a more ambitious deal than the one signed between Canada and the EU last year.

“The Brexit Secretary (David Davis) and the prime minister were clear that Britain would be seeking a bespoke deal,” he added.