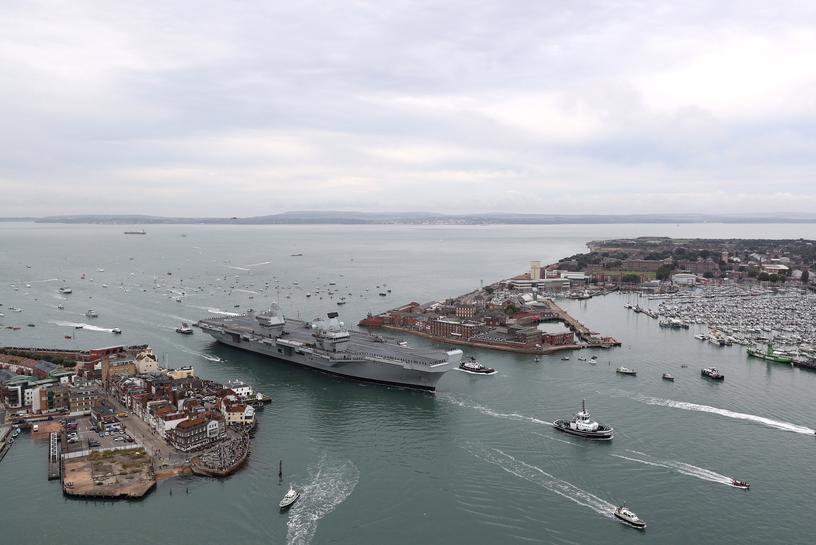 Portsmouth (Reuters) – Britain’s most advanced and biggest warship, the 65,000-tonne aircraft carrier HMS Queen Elizabeth, berthed for the first time at its home port of Portsmouth on Tuesday.

The 280-metre (920-foot) vessel entered the harbor on England’s southern coast at 0610 GMT, greeted by thousands of spectators.

HMS Queen Elizabeth is the largest warship ever built for the Royal Navy, according to the Ministry of Defence.

“Today we welcome our mighty new warship, HMS Queen Elizabeth, to her home for the very first time,” said Defence Secretary Michael Fallon. “She is Britain’s statement to the world: a demonstration of British military power and our commitment to a bigger global role.”

The ship is currently undergoing sea trials. It cannot yet deploy planes, but flying trials from its deck are due to begin in 2018.

Along with its sister ship, HMS Prince of Wales, it is part of a defense programme worth 6 billion pounds ($7.65 billion).

Commanding officer Captain Jerry Kyd told the BBC that the carrier “sends the right signals to our allies and indeed potentially to our enemies that we mean business.”