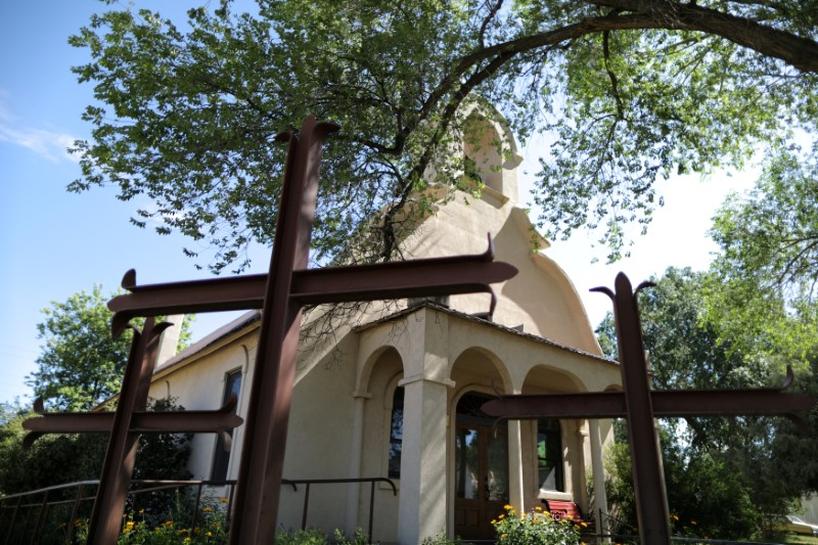 NEW YORK (Reuters) – The number of American churches declaring themselves sanctuaries for illegal immigrants has more than doubled since President Donald Trump was elected, but only a dozen people are known to be taking refuge there to avoid deportation.

Since Trump’s victory in November, about 400 churches have declared themselves sanctuaries, bringing the total to more than 800, according to Church World Service, an international humanitarian nonprofit. The surge came after Trump pledged to deport millions of undocumented people from the United States.

But for immigrants seeking to avoid federal authorities, sanctuary remains a last resort — and a potentially risky one.

“You need a certain mindset. You have to be a very strong-willed individual who’s willing to make that personal sacrifice to make a larger statement towards immigration law,” said Ray Ybarra Maldonado, a Phoenix-based immigration attorney.

“It’s not just about an individual staying here; it’s something much bigger than that,” said Ybarra Maldonado, who represented Mexican-born Guadalupe Garcia de Rayos, who made headlines in February and was one of the first illegal immigrants deported under Trump.

Nury Chavarria was the most recent immigrant to publicly take sanctuary in a church. Her decision seems to have helped her win some relief in the short term.

The Guatemalan-born mother of four was granted a stay of deportation on Wednesday after spending six nights in Iglesia de Dios Pentecostal in New Haven, Connecticut.

Chavarria, who has no criminal record, was previously granted a stay of removal “on humanitarian grounds,” according to Khaalid Walls, spokesman for U.S. Immigration and Customs Enforcement (ICE). She came to the attention of ICE after her application for asylum was denied in 1993, her attorney said.

In June, during a routine ICE check-in, federal authorities told her she had a month to return to Guatemala.

When illegal immigrants like Chavarria take sanctuary, they have no guarantees. However, ICE policy discourages arrests at “sensitive locations,” which include places of worship.

The concept of “sanctuary” has roots in an ancient Judeo-Christian tradition. Today, religious communities offering refuge do so as a protest against federal immigration policy.

Still, as churches nationwide declare themselves sanctuaries, immigrants are reluctant to accept their offer.

Garcia de Rayos decided against taking sanctuary in a church, her attorney said.

“It’s almost like being incarcerated. You can’t live the life you want to live,” said Ybarra Maldonado, Garcia’s lawyer.

By complying with immigration authorities, Garcia knew that deportation was likely. She was arrested when she showed up at her February ICE check-in.

“In her mind, it was just as much a political statement as going into sanctuary,” said Ybarra Maldonado.

For Chavarria, the decision to take sanctuary was not initially an act of protest but a last-ditch effort to remain with her children, according to Kica Matos, director of immigrant rights at the Center for Community Change, which represents Chavarria. Still, she attracted attention from Connecticut’s two Democratic senators, Chris Murphy and Richard Blumenthal, and Governor Dannel Malloy, who rallied around her in support.

Like Chavarria, Jeanette Vizguerra appears to have benefited from publicity surrounding her case.

Vizguerra took sanctuary at churches in Denver for 86 nights before her application for a stay of deportation was approved in May.

U.S. Senator Michael Bennet and a pair of Democratic congressmen introduced legislation that enabled her and another immigrant to stay in the country until 2019 but did not provide relief to other immigrants.

While Vizguerra was in sanctuary, Time magazine named her one of 2017’s most influential people.

“The more high profile you can make your case, the more you can show the government that the rest of the world is watching,” said Ybarra Maldonado.

But Vizguerra and Chavarria are exceptions. There are still 12 immigrants known to be living in churches, hoping for legal relief. Their uncertainty may be discouraging others from taking sanctuary.

“There’s a lot of fear in the community,” said Noel Andersen, grassroots coordinator for immigrants’ rights at Church World Service. “The fear is that they could be stuck in a church for years on end, or if their story is public, they may be more of a target.”