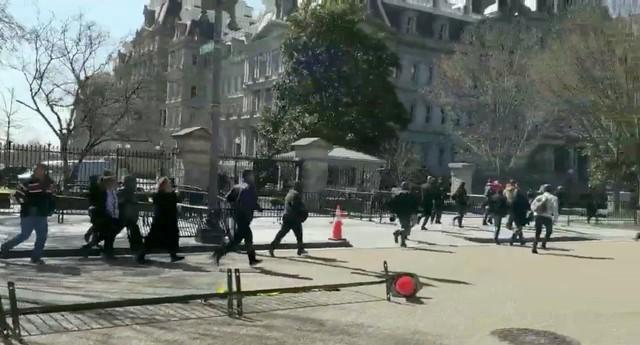 WASHINGTON (Reuters) – An unidentified adult man was wounded along the north fence line of the White House on Saturday in what District of Columbia police said was being investigated as a self-inflicted shooting.

People run away from a site where an unidentified man was wounded in shooting near the White House, in Washington, U.S., March 3, 2018 in this still image obtained from social media. Courtesy of TWITTER/ @FLORIANLUHN /via REUTERS

President Donald Trump was away in Florida. There were no other injuries in the incident, police said.

“We’re investigating reports that he shot himself,” but this had not been clearly established, said a police spokeswoman.

“Our natural death squad is on the scene,” police said.

Pedestrian and vehicle traffic around the White House was blocked off by police, which is routine in such incidents.