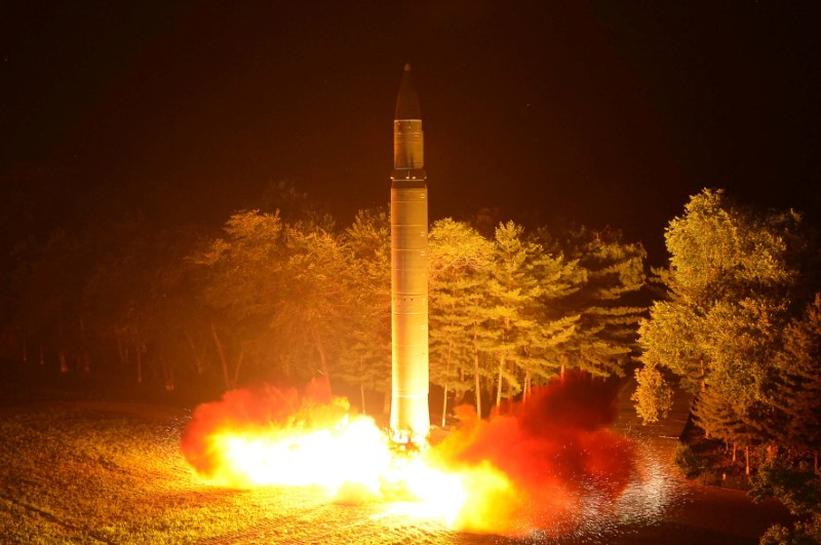 “We should not fool ourselves into thinking we have solved the problem. Not even close. The North Korean threat has not left us, it is rapidly growing more dangerous,” U.S. Ambassador to the United Nations Nikki Haley told the council.

“Further action is required. The United States is taking and will continue to take prudent defensive measures to protect ourselves and our allies,” she said, adding that Washington would continue annual joint military exercises with South Korea.

North Korean ally China and Russia both slammed the U.S. deployment of the THAAD anti-missile defense system in South Korea. China’s U.N. Ambassador Liu Jieyi called for a halt to the deployment and for any equipment in place to be dismantled.

Russia’s U.N. Ambassador Vassily Nebenzia said he hoped recent remarks by U.S. Secretary of State Rex Tillerson “were sincere – that the U.S. is not seeking to dismantle the existing (North Korea) situation or to forcibly unite the peninsula or to militarily intervene in the country.”

While the Security Council has been divided on how to deal with other international crises like Syria, the 15-member body has remained relatively united on North Korea. Still, negotiating new measures typically takes months, not weeks.

North Korea has been under U.N. sanctions since 2006 over its ballistic missile and nuclear programs and the Security Council has now ratcheted up the measures in response to five nuclear weapons tests and four long-range missile launches.

The United States negotiated with China for a month on the latest resolution, before expanding negotiations to the full 15-member council on Friday.

U.S. President Donald Trump’s administration has been frustrated that China has not done more to rein in North Korea. Washington has threatened to exert trade pressure on Beijing and impose sanctions on Chinese firms doing business with Pyongyang.

“We had tough negotiations this week,” Haley told reporters. “I think that the Chinese realized that the United States was going to push, but they responded and we appreciate how they cooperated with us during these negotiations.”

Liu, asked about the role of U.S. pressure in negotiations, said China has been consistent on its aim of achieving denuclearization, peace and stability on the Korean Peninsula and trying “to re-launch negotiations to achieve this end.”

“We are opposed to any unilateral sanctions outside the agreed framework set by the U.N. Security Council resolutions,” he told reporters.

It had also been unclear whether poor relations between Russia and the United States would hamper negotiations on new North Korean sanctions. Washington imposed new unilateral sanctions on Moscow on Wednesday to punish Russia over accusations of interference in the 2016 U.S. presidential election and the annexation of Ukraine’s Crimea.

“We are not hostages to our relations when we have to work together on issues which are far more important than our bilateral relations low,” Nebenzia told Reuters.

A United Nations human rights investigator said in 2015 that North Korea has forced more than 50,000 people to work abroad, mainly in Russia and China, earning between $1.2 billion and $2.3 billion a year for the country’s government.