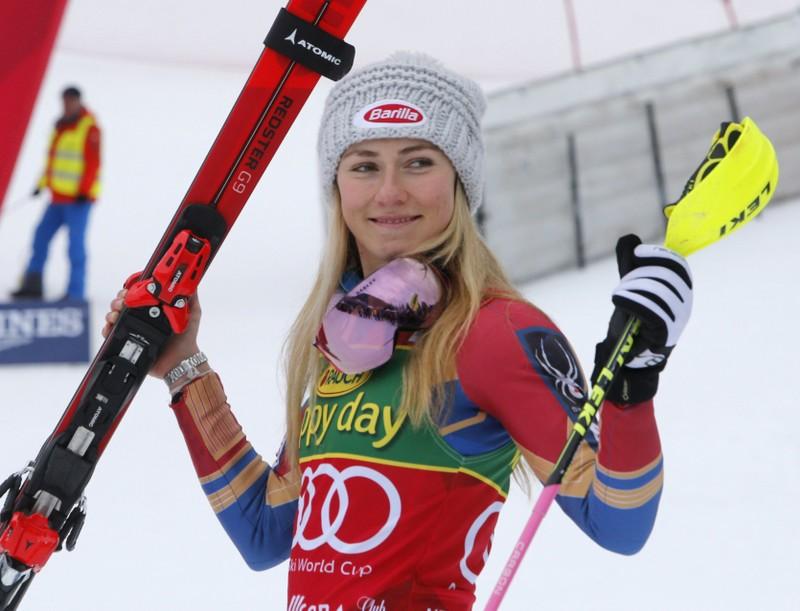 KRANJSKA GORA, Slovenia (Reuters) – Overall World Cup leader Mikaela Shiffrin won her fourth race in a row on Sunday, storming to victory in the slalom at Kranjska Gora by a huge 1.64 seconds.

It was her seventh win in the last eight races in all disciplines, her form peaking with the Winter Olympics in Pyeongchang just one month away, and the 40th World Cup win of her career.

Shiffrin is widely expected to retain the Olympic slalom title she won at the 2014 Games in Sochi, Russia, as well as having a shot at gold medals in the giant slalom and Super G.

“I was really aggressive, especially the first run,” she told Swiss television, adding that she did not take an interest in passing the 40-win milestone.

“It doesn’t mean so much,” she said. “I‘m not focusing on that, I‘m really happy with my skiing right now and that’s what I‘m focusing on.”

The 22-year-old produced an astonishing first run as she charged down the course in 51.44 seconds, with Frida Hansdotter of Sweden the second-best on 52.91.

Even though Shiffrin eased off slightly on the second run, when her time was bettered by two other skiers, nobody else could get near her total time of one minute 43.50.

This season she has won four slalom races, two giant slaloms, one parallel slalom, the Oslo city event and a downhill.

Writing by Brian Homewood in Bern; Editing by Toby Davis