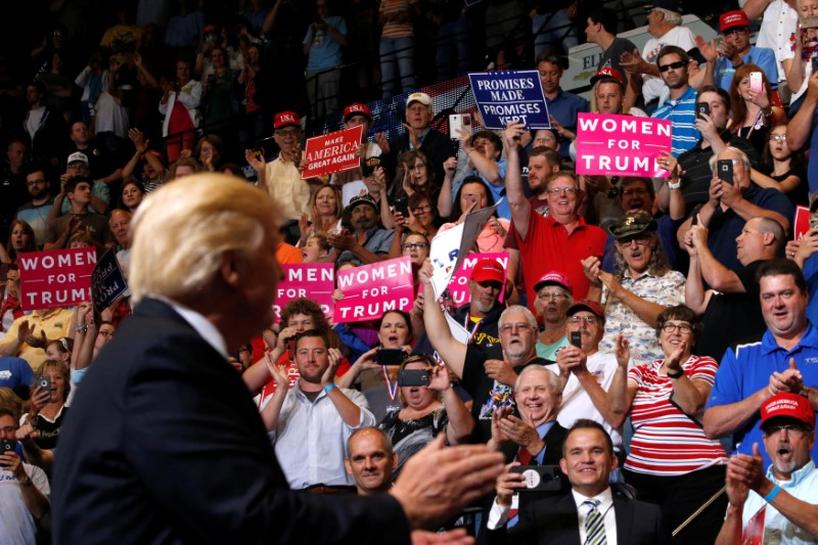 CHICAGO (Reuters) – Former White House chief strategist Steve Bannon’s firing has been met with a collective shrug by some of President Donald Trump’s most committed supporters who argue the controversial nationalist became an obstacle to the administration’s agenda.

In interviews in multiple cities this weekend, Americans who voted for Trump said Bannon’s departure on Friday was the removal of an unnecessary distraction for the Trump presidency, while others saw his role as largely inconsequential and possibly overblown.

Many expected Trump to stay the course without him.

“Bannon was becoming too big of a story and taking the spotlight from President Trump,” Bob Janda, a 67-year-old small business owner, said in a bar in Chicago. “When that happens, your days are numbered. I think Trump will be fine.”

At the same bar, Frank Cardone, 67, pointed out that Bannon had a brief tenure in Trump’s inner circle, having joined the Republican businessman’s presidential campaign as its chief executive less than three months before the Nov. 8 election.

“Bannon wasn’t with Trump for too long so it’s no big loss,” said Cardone, a retired electrician.

Before hitching himself to Trump, Bannon was the executive chairman of Breitbart News, a hard-right site. He immediately returned to that role after his exit from the White House, vowing to use it as a platform to defend Trump.

Bannon, 63, has touted Breitbart as a conservative counterpoint to what he views as the liberal bias of U.S. news outlets and a platform for the so-called alt-right, a loose confederation of neo-Nazis, white supremacists and anti-Semites.

He played a key role in some of Trump’s most contentious policy moves including the travel ban on people from several Muslim-majority nations, departure from the Paris climate accord and rejection of the Trans-Pacific Partnership trade deal.

“He (Trump) needs to be more center-right because the far right and the far left is not where America is,” Corbitt, 48, said at a Fort Lauderdale bar. “Steve Bannon was great for getting Trump elected, but now the president needs someone who can get his policies enacted.”

Bannon joined a string of senior officials who have left the Trump administration in the past five weeks, leading to the appointment of retired Marine general John Kelly as the new White House chief of staff.

While some observers have characterized the moves as a sign of chaos in the White House, others see it as a sign that Trump is running his administration like a well-oiled corporation.

“All these shakeups mean is that Trump is doing his job,” Liz Lingafelter, a 60-year-old nurse, said in Fort Lauderdale. “He’s a businessman and is doing what’s best for the organization.”

That view was echoed by Rick Weatherly, a 61-year-old Denver maintenance technician. “I voted for Trump, not Bannon,” he said.