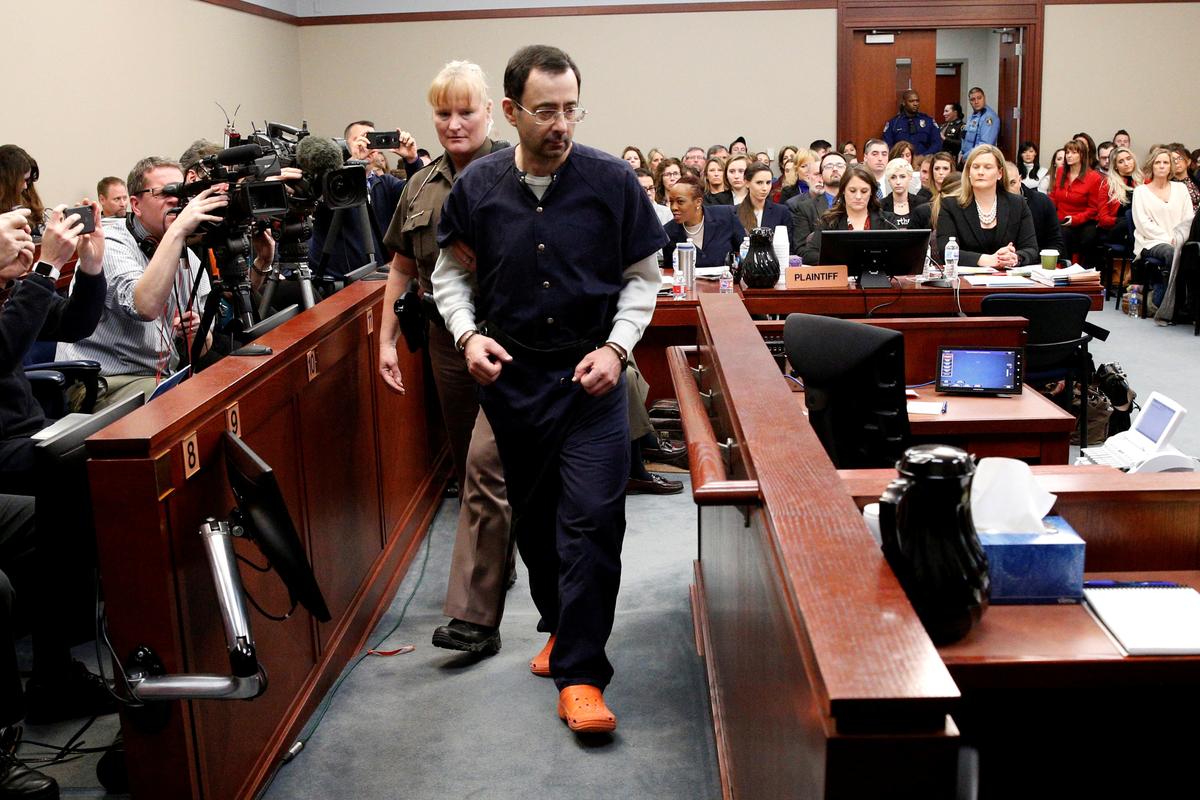 (Reuters) – The leadership of USA Gymnastics (USAG) remained silent on Friday in the face of pressure from U.S. Olympic Committee officials and others to resign en masse two days after the team doctor was sentenced for abusing female athletes.

Calls for its 18 listed directors to step down followed a week-long hearing which culminated in longtime team doctor, Larry Nassar, being sentenced to up to 175 years in prison for sexually assaulting young female gymnasts.

The scandal has cost USAG some sponsors and heavily damaged its reputation.

Nassar, 54, was jailed for carrying out the attacks on young girls under the guise of medical treatment following the hearing, during which more than 150 accusers recounted their stories in a Michigan courtroom.

The U.S. Olympic Committee’s chief executive, Scott Blackmun, called for the resignation of all current members of the USA Gymnastics board on Thursday and outlined six steps that the organization must take to achieve governance reform.

“While the USOC encourages USAG to think and act broadly on reforming its culture, we also believe that reform must start with an entirely new board,” Blackmun said in a statement.

If USA Gymnastics cannot or does not achieve the requirements outlined by Blackmun, then its certification will be terminated, according to the statement.

Larry Nassar, a former team USA Gymnastics doctor, who pleaded guilty in November 2017 to sexual assault charges, is led from the courtroom after listening to victim testimony during his sentencing hearing in Lansing, Michigan, U.S., January 23, 2018. REUTERS/Brendan McDermid.

One of the 18 USAG directors, Kevin Martinez, an ESPN executive, told Reuters on Thursday he had cut ties with the gymnastics federation, after Blackmun threatened to decertify USA Gymnastics unless all board members were removed.

Blackmun said USA Gymnastics would lose its status as a sports governing body unless all its remaining directors resign by Wednesday and a new interim board is named by Feb. 28.

None of the remaining listed directors was immediately available for comment.

Many of the victims also criticized the U.S. Olympic Committee for not doing enough to prevent the abuse.

“Where is the accountability?” Olympic gold medal gymnast Aly Raisman wrote on her Twitter feed on Thursday in a message directed both at USA Gymnastics and the U.S. Olympic Committee. “Larry Nassar did not have a medical license in Texas where we trained for the Olympics. How could you allow this?”

Martinez’s departure comes after three other members, who held leadership positions in the board of the USAG, stepped down on Monday.

The group said in a statement on Wednesday that there should be “meaningful change within our organization,” and has not commented beyond that.