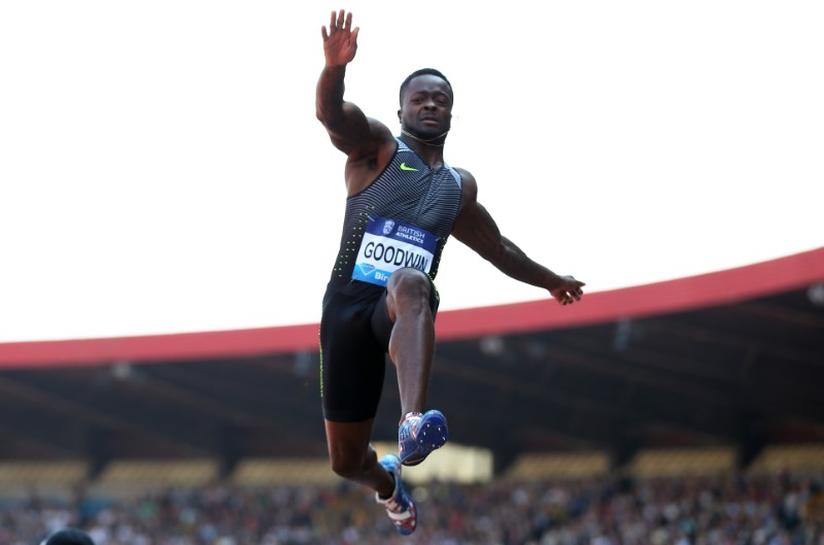 (Reuters) – Former long jumper Marquise Goodwin, who is now a wide receiver for the San Francsico 49ers, was handed a one-year ban by USADA on Tuesday for not providing his whereabouts for drug testing but the NFL player said he no longer competes in athletics.

The United States Anti-Doping Agency said in a statement that the 26-year-old Goodwin’s suspension began on April 1, the date of his third whereabouts failure in a 12-month period.

But Goodwin, who came up short in his bid to compete in last year’s Rio Olympics, said he had never failed a doping test and had always been compliant with protocols but stopped submitting whereabouts information because he had quit athletics.

“More than a year ago, I decided to cease competing in the sport in order to concentrate 100 percent on my NFL career,” Goodwin said in a statement released by the 49ers.

“Therefore, I discontinued all practices associated with competing in track and field, including submitting my ‘Whereabouts’ information.

“It appears that because I did not inform USADA of my plans, my name was inadvertently included in their 2017 testing pool.”

The 49ers said Goodwin, who spent the first four years of his NFL career in Buffalo before signing with San Francisco in March, informed the team a while ago that he no longer intended to compete in the long jump.

The 49ers also said that after discussions with the NFL it understood Goodwin would not be subject to any discipline under the NFL’s policy on performance-enhancing substances as a result of USADA’s decision.

In 2012, Goodwin won the men’s long jump at the U.S. trials. His victory earned him his first Olympics berth and he finished 10th at the 2012 Games in London.

Reporting by Frank Pingue in Toronto; editing by Ken Ferris