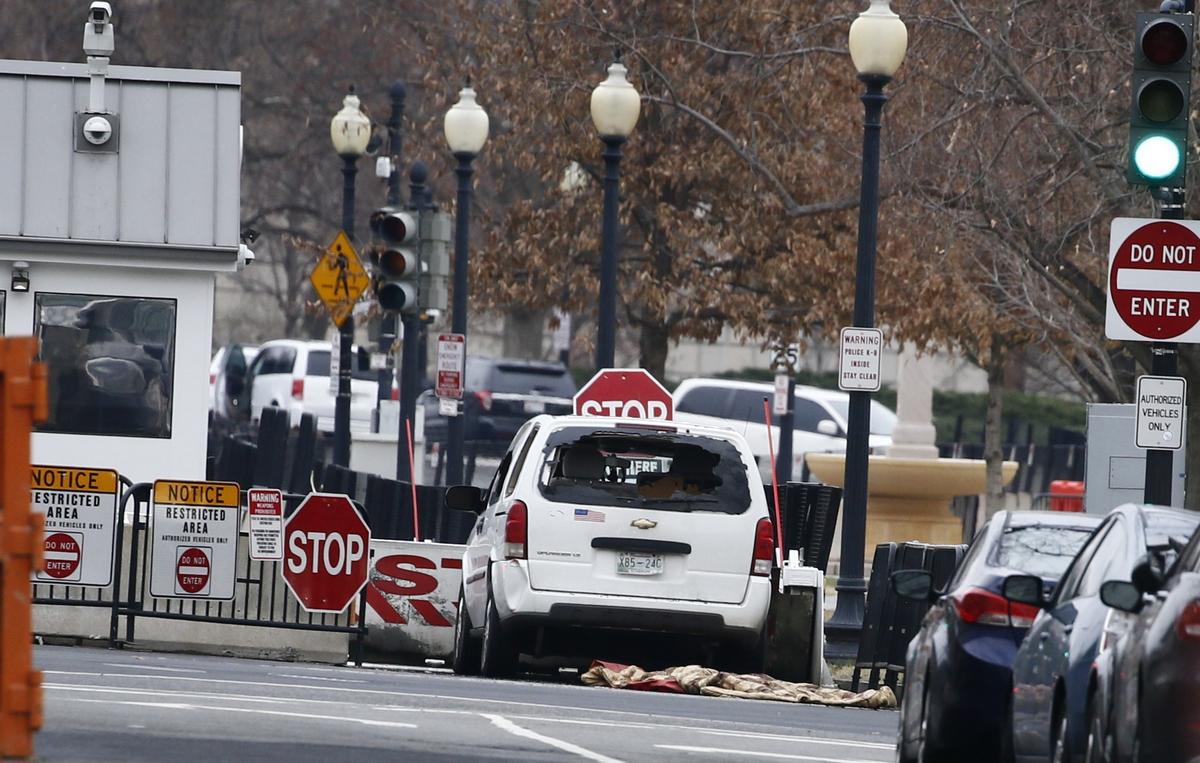 WASHINGTON (Reuters) – A passenger vehicle struck a White House security barrier on Friday but did not breach it, and the female driver was immediately apprehended, the U.S. Secret Service said.

No shots were fired and no law enforcement personnel were hurt, the Secret Service said in a series of tweets.

The White House was put on lockdown following the incident, which occurred shortly after a meeting there between President Donald Trump and Australian Prime Minister Malcom Turnbull, who was still at the White House.

A reporter for the local Fox channel affiliate tweeted that a witness had reported seeing officers pull a woman out of the vehicle’s window at gunpoint. He posted a photograph of what he said was the white Chevrolet minivan that hit the barrier according to the witness.

Live Reuters video showed the minivan with an American flag emblem on the back and with both its rear window and a side window smashed. The video showed a law enforcement officer checking the underside of the van with a mirror.

CNN, citing unnamed law enforcement sources, said the woman intentionally drove into the barricade. She was known to the Secret Service, CNN reported, but the action of driving into the barricade was not directed at the president or anyone at the White House.

Mental health issues may have been a factor, CNN said, citing the sources.

Uncomfortable but painless: Rectal screening for prostate cancer is nothing to fear
Taxi driver jailed, banned from driving for knocking down student at zebra crossing
8 new COVID-19 infections in Singapore, including 1 in the community
Commentary: After years of demonising China, the US has to start an honest dialogue
Cambodia bans weddings, mass gatherings to fight COVID-19 outbreak