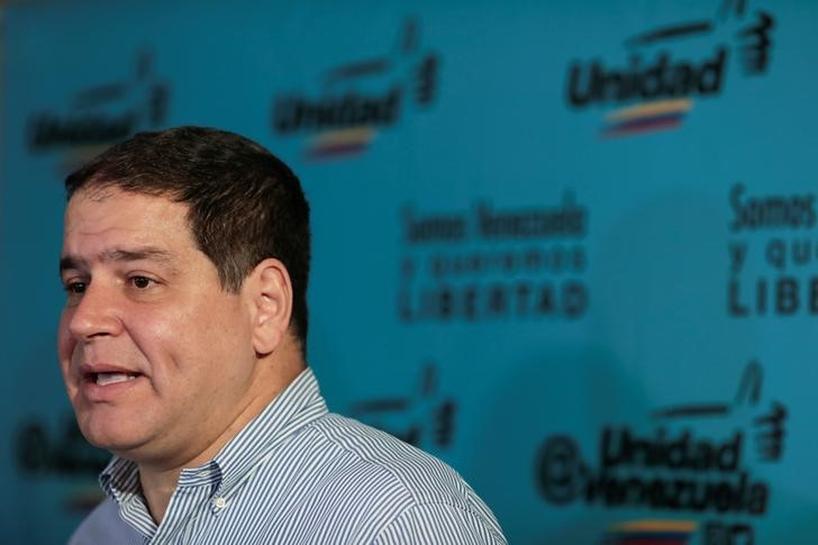 CARACAS (Reuters) – Venezuela’s opposition said on Tuesday it would not attend this week’s planned political dialogue in the Dominican Republic with President Nicolas Maduro’s government as regional guarantors had not been invited.

Luis Florido, lawmaker of the Venezuelan coalition of opposition parties (MUD) talks to the media during a news conference in Caracas, Venezuela, September 16, 2017. REUTERS/Marco Bello

“The international negotiation process cannot go ahead until the foreign ministers are invited,” opposition negotiator Luis Florido told reporters, referring to the potential presence of various Latin American foreign ministers at the talks which had been scheduled for Wednesday.