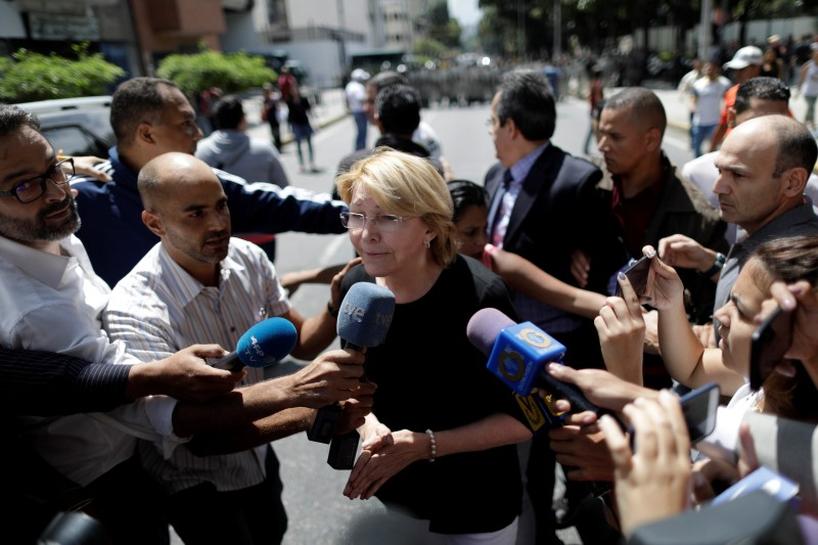 Since the opposition started a round of protests in April, Ortega has become President Nicolas Maduro’s main challenger from within the ruling socialist movement, accusing him of human rights abuses.

The new constituent assembly, which Ortega said was fraudulently elected last weekend, unanimously decided to remove her in its first session on Saturday. Earlier in the day, security forces had taken up position in front of her office, blocking Ortega from entering the building. She left on a motor bike amid the chaos.

The constituent assembly replaced Ortega with human rights ombudsman Tarek Saab, a government ally whom the opposition says has turned a blind eye to state abuses.

The new legislative body has no checks on its powers, and critics say the decision to remove Ortega is an ominous sign of a swerve by Maduro into full-blown dictatorship.

The constituent assembly could also re-write the constitution, re-arrange state institutions and allow Maduro to rule by decree. Assembly members had said they would fire Ortega the first chance they got.

The assembly was installed despite opposition street protests. More than 120 people have died in four months of sustained marches against Maduro. Critics say his policies have pushed Venezuela into an economic crisis marked by triple digit inflation and severe shortages of food and medicine.

Maduro says the U.S. “empire” is waging economic war on Venezuela and refuses to allow humanitarian aid to enter the country. He says the new assembly is the only way to unify Venezuela into a peaceful, prosperous socialist state.

“There is no humanitarian crisis here. What we have is love. What we have is a crisis of the right-wing fascists,” said Rodriguez, in a fiery inaugural address in which she paid homage to late socialist leader Hugo Chavez, Maduro’s mentor and predecessor.

The assembly will function in the same downtown Caracas legislative complex as the existing opposition-run congress, which could potentially be dissolved. For now, the two bodies are set to hold sessions in parallel, separated by an ornate cobblestone courtyard.