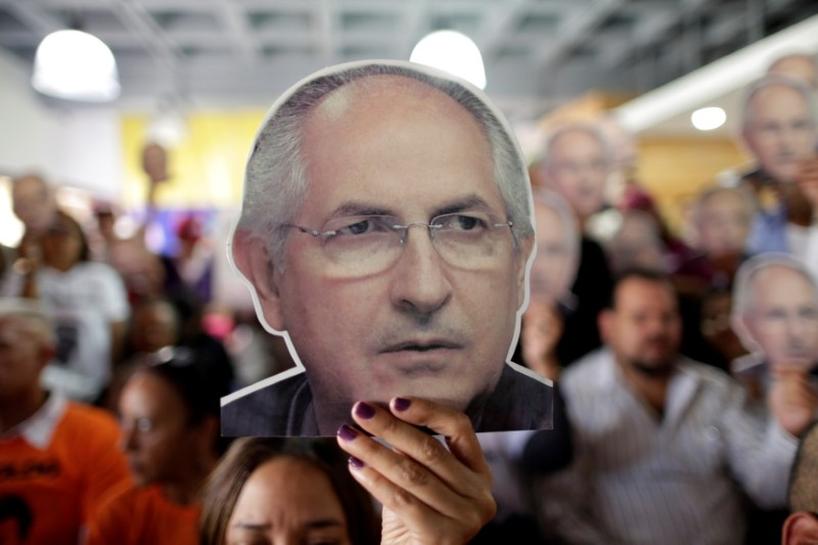 CARACAS (Reuters) – Venezuelan intelligence agents have returned opposition leader Antonio Ledezma to his home, where he is serving house arrest, after taking him to prison early on Tuesday, Ledezma’s wife said via Twitter on Friday.

Ledezma and fellow opposition leader Leopoldo Lopez, whom the opposition and many in the international community describe as political prisoners, were jailed after being accused of destabilizing the government of President Nicolas Maduro.

It was not immediately evident whether Lopez would also be returned to house arrest.

“Several minutes ago, Antonio was unexpectedly returned by the Sebin (intelligence agency) to our home,” wrote his wife Mitzy Capriles de Ledezma via Twitter.

“We thank the people of Venezuela and the international community for their concern and solidarity.”

The two men had called in the run-up to Tuesday’s raid for protests against the creation of a constituent assembly, which opposition leaders and governments around the world have described as an assault on basic freedoms in Venezuela.