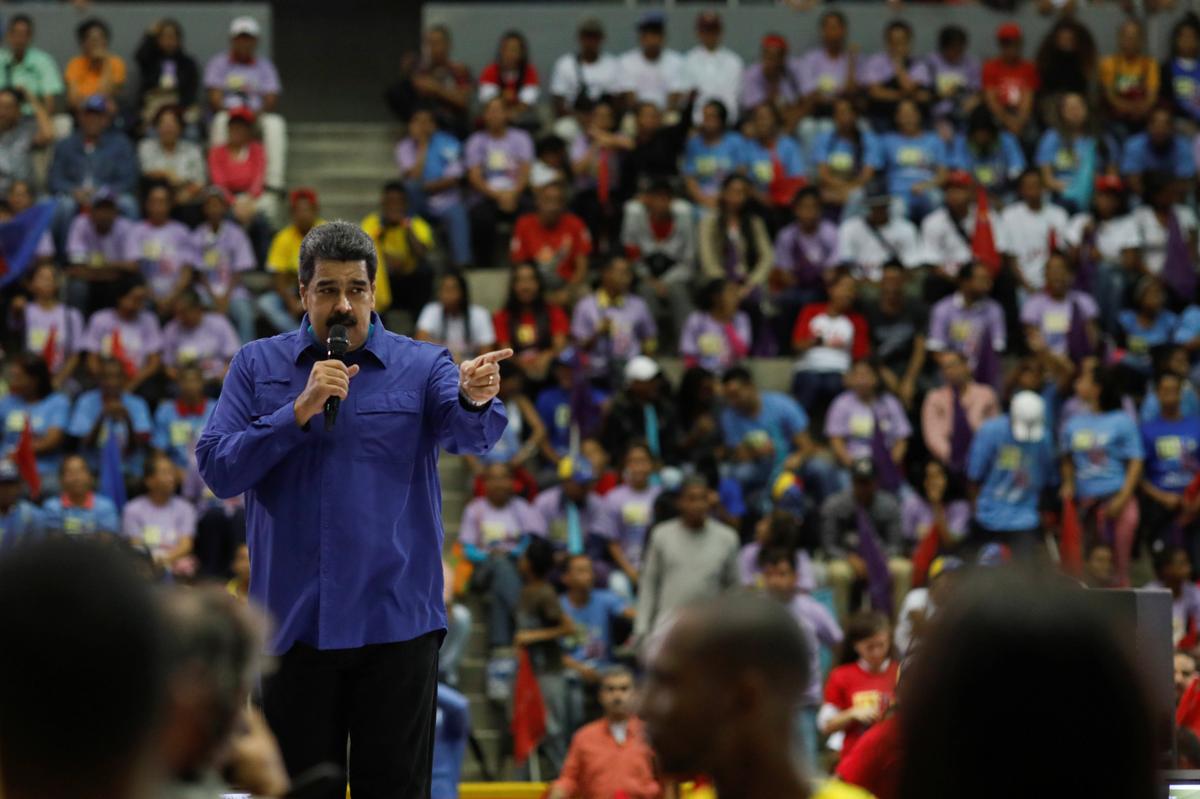 CARACAS (Reuters) – Venezuela on Wednesday set a presidential election for April 22 after mediation talks between the leftist government and an opposition coalition collapsed, setting the stage for the likely re-election of President Nicolas Maduro.

Venezuela’s ruling socialists had previously said a vote would be held before the end of April, with Maduro running despite his widespread unpopularity and a crushing economic crisis in the oil-rich nation.

During talks in recent weeks in the Dominican Republic, the opposition lobbied for the vote to be held in June to give it time to choose a candidate, as its top two leaders are barred from running.

But talks between the bitter foes crumbled on Wednesday.

The opposition said the government would not budge on issues including freedom for jailed opposition activists or humanitarian aid for hungry and ill Venezuelans. The government, meanwhile, accused opposition leaders of taking orders from Washington to abort the talks.

Maduro, a 55-year old former bus driver and union leader who has been president since 2013, appeared on Wednesday evening in front of a cheering crowd, who sang his campaign jingle, “Everyone with Maduro!”

“Victory is ours!” said Maduro in the televised broadcast, during which he danced and embraced supporters.

Minutes later, the pro-government electoral board appeared on state television to announce the vote would be held on April 22.

Maduro’s foes, who staged massive protests last year in an attempt to force early elections, now face a quandary about how – and if – they should participate in the vote.

Opponents say the government is rigging the election in advance by barring Maduro’s strongest rivals – opposition politicians Leopoldo Lopez and Henrique Capriles – and failing to reform a compliant election board.

Some activists believe it is foolish to participate in what they consider a sham election. Others feel they have to keep up pressure by voting, while for some emigration is the preferred option.

Singapore to contribute US$5 million to COVAX, to help less wealthy countries access COVID-19 vaccines
Chinese lunar probe on way back to Earth
China successfully lands spacecraft on moon to retrieve lunar rocks
Ho Meng Kit to retire as Singapore Business Federation CEO, will be succeeded by deputy Lam Yi Young
Commentary: Malaysian youths will force a political reckoning some day. That day may be at hand