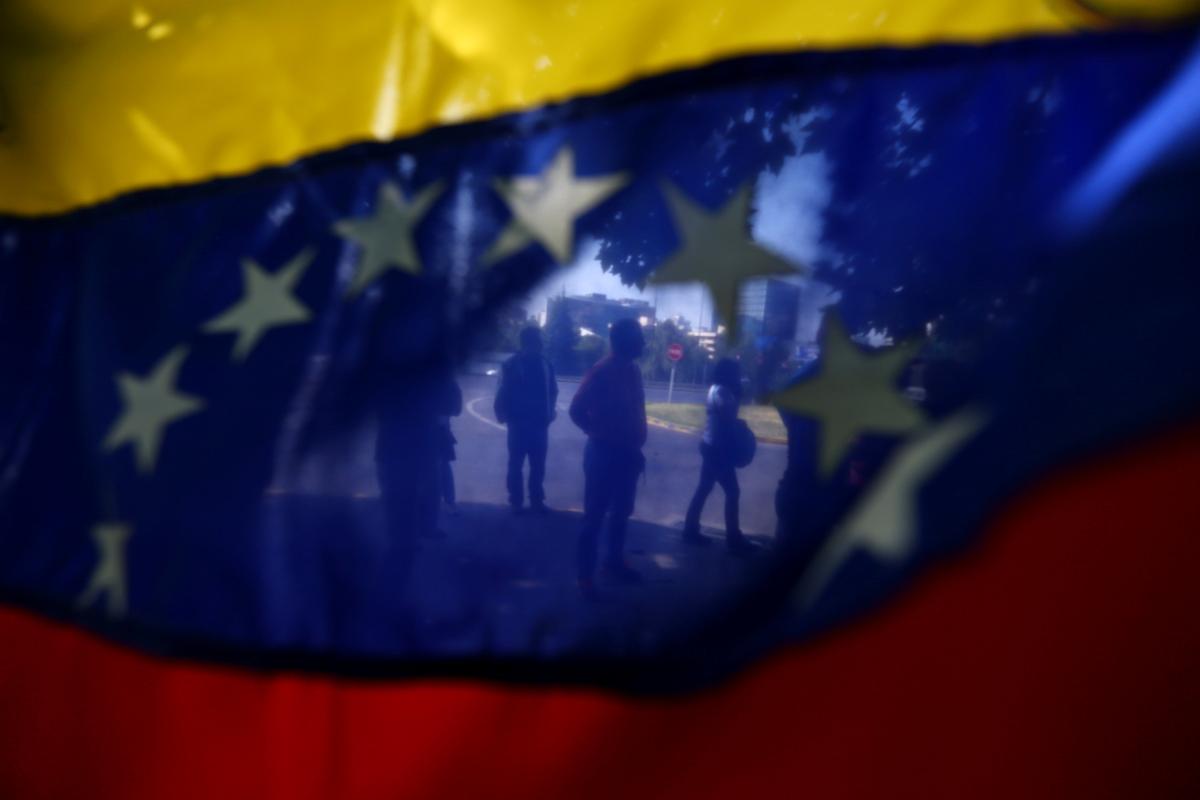 CARACAS (Reuters) – Venezuela will hold its presidential vote by the end of April, the pro-government legislative superbody said on Tuesday, with President Nicolas Maduro hoping to trump a squabbling opposition despite economic crisis and foreign sanctions.

The unpopular socialist leader, whom foes decry as a dictator who has wrecked the OPEC nation’s economy, was widely expected to seek re-election even as Venezuelans reel from empty shelves and the world’s fastest inflation.

The 55-year-old former bus driver and union leader, who succeeded Hugo Chavez in 2013, benefits from a formidable political machinery, a compliant national election board, and a hard core of support from poor Venezuelans reliant on state food handouts.

“We only have one candidate!” Socialist Party No. 2 Diosdado Cabello told the Constituent Assembly legislature in an obvious reference to Maduro, drawing cheers and applause.

Critics from opposition politicians to Western powers doubt authorities will allow a free and fair vote, given the barring of some opposition figures from running plus abuse of state resources in campaigning.

“These are not elections, it’s a military occupation with a fraudulent election board,” said hardline opposition activist Maria Corina Machado, referring to the armed forces’ major role in government and the board’s past pro-Maduro stance.

The Constituent Assembly said another election in Venezuela was further evidence of its democratic credentials despite a recent raft of international sanctions.

The United States, Canada, and the European Union have all taken measures against Venezuela’s government over rights and corruption allegations, hurting the government’s image and spooking banks from working with Caracas.

“If the world wants to apply sanctions, we will apply elections,” added the feisty Cabello, whom some had seen as a potential rival to Maduro for the presidency.

Should the vote be perceived as fraudulent, further foreign sanctions could come, including from U.S. President Donald Trump who has made opposition to Maduro a prominent feature of his foreign policy.

More economic measures, however, would worsen a recession now in its fifth year amid rising malnutrition, disease, and emigration to Latin American neighbors.

WHO WILL TAKE ON MADURO?

It is unclear whom the Democratic Unity opposition coalition would attempt to field.

Its most popular leaders are almost all sidelined from politics – jailed, in exile, or barred from holding office. Months of protests last year failed to dislodge Maduro but resulted in at least 125 deaths.

“The majority of Venezuelans loathe his government and his circle. If our people are allowed to decide, they are out!” one opposition leader, Henrique Capriles, said in reaction to the announcement.

Capriles, a two-time presidential candidate, is prohibited from holding office due to alleged “administrative irregularities”. Former mayor Leopoldo Lopez is under house arrest for leading protests against Maduro, while his young portage Freddy Guevara has taken refuge in the Chilean embassy to avoid charges of plotting against Maduro.

Henry Ramos, the former head of the opposition-led congress, is widely mistrusted among Maduro’s foes due to perceptions of having cut deals with the ruling party.

The coalition plans to hold primary elections to choose a candidate. They could also succumb to in-fighting about what conditions to accept in the vote.

During the governors’ election of last October, opposition candidates for the first time gave convincing evidence that elections authorities had altered results in one state – though Maduro scoffed at that and said the system was the cleanest in the world.

With cynicism toward all politicians running high among Venezuelans, many are clamoring for a nontraditional, outside candidate. The name of Lorenzo Mendoza, billionaire head of private food company Polar, is on many people’s lips, but he has given no indication of wanting to stand.