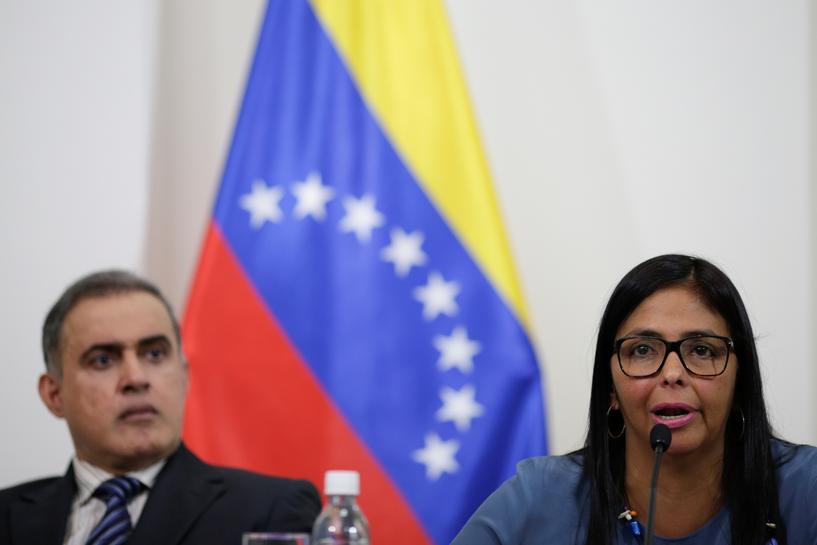 CARACAS (Reuters) – Venezuela will hunt down and jail leaders of violent protests that have rocked the country since April, its new top prosecutor said on Thursday, a day before a hate crimes law was expected to be approved despite fears that it will be used to crush dissent.

The new law “against hate and intolerance,” denounced by rights groups as a sham aimed at persecuting the opposition, was set to be approved on Friday by a new legislative superbody elected last month at the behest of President Nicolas Maduro.

Maduro loyalist Delcy Rodriguez, head of the body known as the constituent assembly, said the law would be passed before the weekend. She spoke to the assembly following a speech by chief prosecutor Tarek Saab, appointed by the assembly early this month, who vowed to track down the leaders of protests in which more than 120 people have died since the start of April.

“It will be a point of honor for the public prosecutor’s office to identify who was responsible for each of the hate crimes that occurred in this country,” Saab, Maduro’s ex-human rights ombudsman, shouted during a speech to the assembly.

“We will search the cameras, videos, photographs. We will get images of each one of them to make sure they pay for having killed, for having hurt people and left orphans behind,” he said to a standing ovation by the Socialist Party-dominated assembly.

The international community, however, has pointed at the Maduro government, not opposition demonstrators, when assigning blame for deaths.

Delcy Rodriguez (C), president of the National Constituent Assembly, speaks during a meeting of the Truth Commission in Caracas, Venezuela August 16, 2017.Ueslei Marcelino

Venezuelan security forces and pro-government groups were believed responsible for the deaths of at least 73 demonstrators since April, the United Nations said in an Aug. 8 report.

Abuses of protesters, including torture, were part of “the breakdown of the rule of law” in the oil-rich but economically-ailing nation, the report said.

Those found guilty of expressing hate or intolerance will be punished with up to 25 years in jail, according to the vaguely worded hate crimes bill.

Groups like Human Rights Watch say it would give Maduro’s government carte blanche to take opposition leaders out of circulation ahead of October gubernatorial elections.

The assembly has established a truth commission to investigate opposition candidates to ensure that any who were involved in violent protests would be barred from running for governorships, Rodriguez said.

The opposition, which won control of congress in 2015 only to see its decisions nullified by Maduro’s loyalist Supreme Court, boycotted the July 30 election of the constituent assembly. The body has sweeping powers to re-write Venezuela’s constitution and even give Maduro permission to rule by decree.