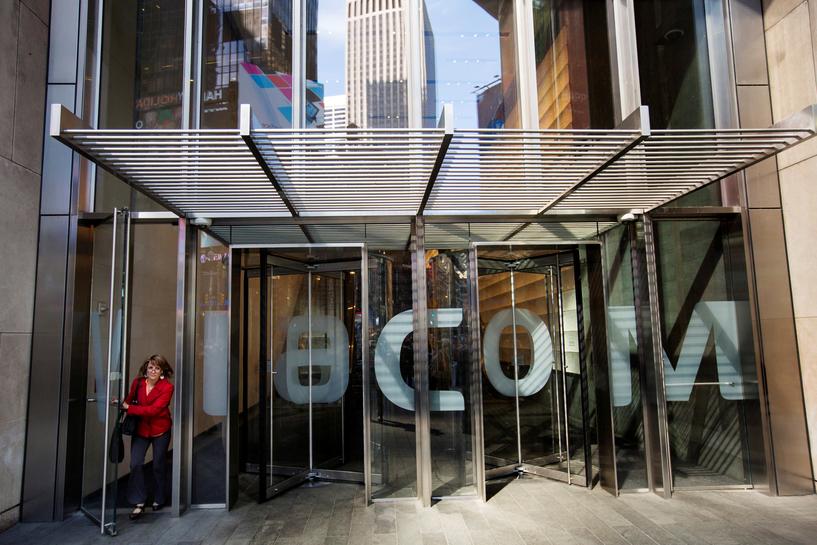 NEW YORK (Reuters) – Viacom Inc (VIAB.O) could gain a leg up in negotiations with distributors and ward off declines in U.S. ad revenue and sales by finding a merger partner, analysts said on Friday.

Shares of Viacom, which owns MTV and Comedy Central, plunged as much as 13 percent on Friday, a day after it forecast lower sales to U.S. pay-TV companies and streaming video services this quarter.

Viacom, like other U.S. television networks, has struggled to retain viewers who prefer to watch shows and movies on tablets and phones, and must also compete with streaming services like Netflix Inc (NFLX.O) and Amazon.com Inc (AMZN.O) that are spending billions to create their own content.

Viacom Chief Executive Bob Bakish has taken steps that helped boost ratings, slow the decline of U.S. ad sales and win a key cable distributor back, but analysts and investors expect challenges ahead due to a long-term shift in consumer behavior.

“If you aren’t selling, you need to be consolidating and scaling up,” said Rich Greenfield, an analyst at BTIG.

Viacom declined to comment on a potential deal. Bakish told investors on Thursday he would evaluate opportunities but is focused on “organic execution.”

Viacom has contemplated deals before. Last year, National Amusements, the privately held movie company through which Shari Redstone and her 94-year-old father Sumner Redstone control Viacom and CBS Corp (CBS.N), urged the two to explore a merger. Those discussions failed over disagreement on price.

Viacom needs to find something that will give it “must-have programming,” said Brian Wieser, analyst at Pivotal Research.

Given the progress that Viacom has made over the past months, a sale now would make sense, wrote Barton Crockett, analyst at FBR Capital Markets, on Friday.

“If Viacom were sold tomorrow, we are convinced the equity could be much higher,” he wrote.

All large-cap U.S. media stocks were down on Friday, with the exception of shares in Time Warner Inc (TWX.N), which is being acquired by AT&T Inc (T.N).

Analysts at Deutsche Bank, which rates Viacom a “sell,” said they see Viacom’s future negotiations with distributors as “challenging.”

Deutsche Bank also noted that Viacom’s networks are not on many of the online low-cost “skinny bundles” of networks which are attracting customers away from the cable and satellite.

While Viacom is on AT&T’s (T.N) DirecTV Now service and has one channel on Dish Network Corp’s (DISH.O) Sling TV, it is not on Hulu’s skinny bundle, YouTube TV or Sony Vue.

Another growing concern among investors is how Viacom will fare in negotiations with one of its biggest pay TV partners, Charter Communications Inc (CHTR.O), when that deal is up early next year.

Earlier this year, Charter moved five of its flagship networks to its most expensive programming tier, a move that will likely result in lower affiliate revenue for Viacom.

Bakish told investors he does not expect to resolve the issue with Charter until the two reach a new deal.