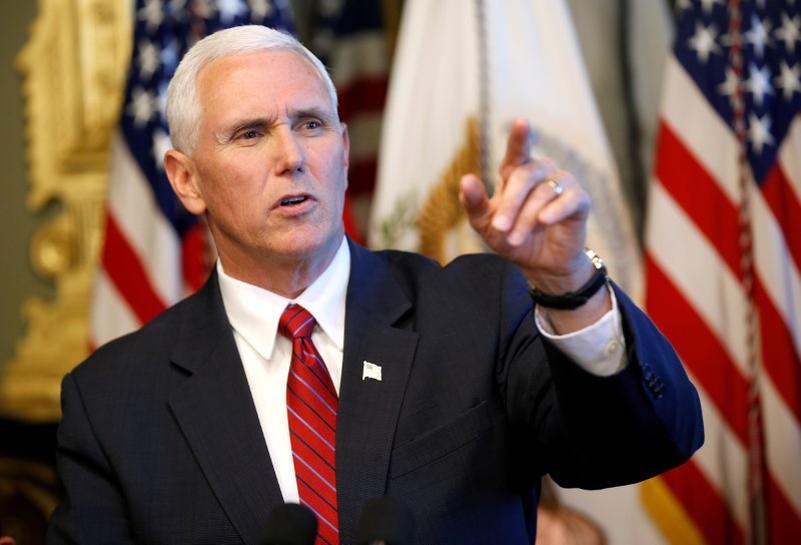 WASHINGTON U.S. Vice President Mike Pence on Saturday urged the Republican-controlled Congress to complete the job of dismantling Obamacare this summer and move on quickly to another big-ticket item on President Donald Trump’s agenda: tax cuts.

Speaking days before lawmakers return to Washington amid doubts about their ability to agree on legislation, Pence sought to add urgency to the debate by warning that consumers face dwindling access to Obamacare health coverage in some states.

Trump-backed legislation to dismantle former President Barack Obama’s healthcare overhaul narrowly passed the House of Representatives last month. But Senate Republicans have had difficulty agreeing on their own bill, leading Senate Majority Leader Mitch McConnell to fret about the future of healthcare legislation.

“First and foremost, this summer, this Congress must come together and heed the president’s leadership, and we must repeal and replace Obamacare,” Pence told a political rally in Iowa, one of several states where major insurers have exited government-subsidized insurance markets.

Insurers say they cannot plan amid the uncertainty surrounding healthcare legislation. They also face a worse-than-expected balance of sick and healthy customers that has helped drive insurance premiums higher in Obamacare marketplaces.

“Once we repeal and replace Obamacare, we’re going to roll our sleeves up, and working with these great leaders in Congress, we’re going to pass one of the largest tax cuts in American history,” Pence said.

A former Indiana congressman, Pence plays a key role in Trump’s relationship with lawmakers as the main White House liaison to Congress. As vice president, he also casts the tie-breaking vote on legislation in the 100-member Senate, where Republicans have a slim 52-seat majority.

Senate Republican staff are expected to present legislative options on healthcare when lawmakers return to Capitol Hill on Monday after a one-week recess, according to aides. But some Republicans are skeptical that healthcare legislation can pass the Senate this summer, if at all.

Pence projected confidence that Congress will succeed: “I know we will. The Obamacare nightmare is about to end.”