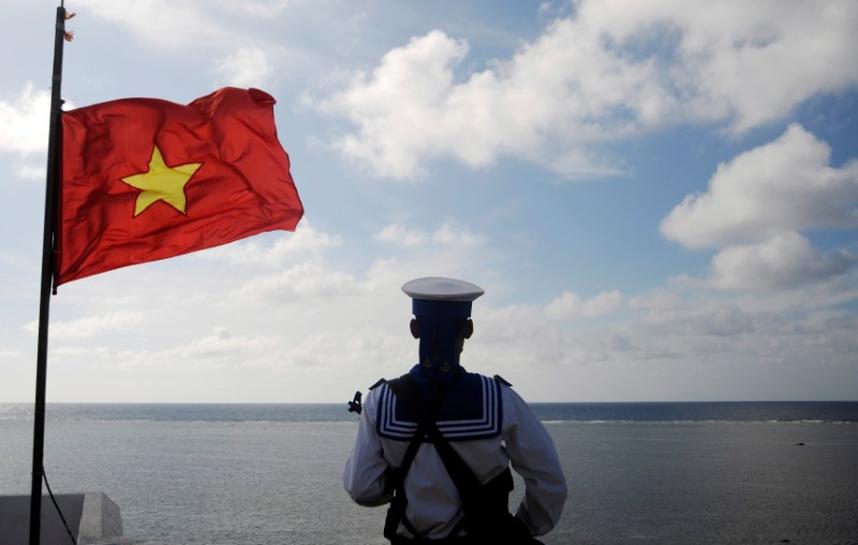 HANOI (Reuters) – Vietnam on Friday said other countries should respect its legitimate right to drill for oil in its waters amid growing tension with China over energy development in the South China Sea.

The drilling began in mid-June in Vietnam’s Block 136/3, which is licensed to Vietnam’s state oil firm, Spain’s Repsol and Mubadala Development Co [MUDEV.UL] of the United Arab Emirates.

The block lies inside the U-shaped “nine-dash line” that marks the vast area that China claims in the sea and overlaps what it says are its own oil concessions.

China on Tuesday urged a halt to the drilling.

“Vietnam proposes all concerned parties to respect the legitimate rights and interests of Vietnam.”

This week, the BBC reported that Vietnam had halted drilling there after Chinese threats, but there was no independent confirmation and neither Vietnamese officials nor Repsol made any comment on the report.

Thomson Reuters data showed the drilling ship Deepsea Metro I was in the same position on Friday as it had been since drilling began on the block in the middle of June.

China claims most of the energy-rich South China Sea through which about $5 trillion in ship-borne trade passes every year. Brunei, Malaysia, the Philippines, Taiwan and Vietnam also have claims.

Reporting by My Pham; Editing by Nick Macfie