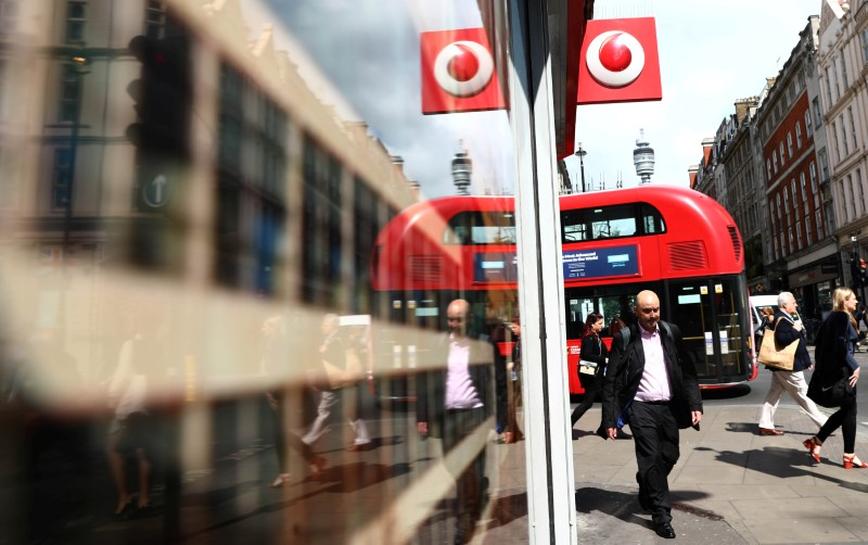 LONDON (Reuters) – Vodafone, the world’s second largest mobile operator, reported better-than-expected 2.2 percent revenue growth in its first quarter, reflecting a robust performance in Italy and Spain and an acceleration in demand in Turkey.

The British company said the increase in organic service revenue, which beat analysts’ consensus forecast for a 1.6 percent rise, boosted its confidence in its prospects for the full year, when it expects to grow core earnings by 4-8 percent.

“We made a good start to the year with a robust commercial momentum in Europe and accelerating growth in AMAP (Africa, Middle East and Asia Pacific),” Chief Executive Vittorio Colao said on Friday.

Shares in the group rose to a six-week high of 231 pence.

“We see this as a decent performance delivered broadly across Vodafone’s markets,” said Citi, which rates the stock “neutral”.

“However we expect growth to ease next quarter as roaming, UK handset financing, competition in Italy and tougher comparatives in some emerging markets offset an easier comparative in Spain.”

Vodafone expects cash flow to jump this year, enabling it to increase dividends, as it eases back on network investment, improves efficiency and tackles intense competition in India by merging with a rival.

The company has invested billion of pounds in its networks to meet surging demand for mobile data. Colao said the rise in data traffic seen in the quarter was the equivalent to total data traffic just two years ago.

Areas of weakness remained in Europe, however. Growth in Germany halved to 0.6 percent, from 1.2 percent in the previous quarter, which was put down to lower wholesale revenue and accounting changes a year ago.

And although its performance in its problematic British market improved, it was still down 2.7 percent, with enterprise revenue declining in what it said was a competitive market.

Competition was also increasing in Italy ahead of the arrival later this year of Iliad, the operator that has seized 18 percent of the French market in just four years.

Colao said operators were already “throwing a huge number of very cheap offers to the market”.

“We are very well prepared both from a network, from a distribution, and from a commercial point of view to give good value to our mobile customers,” he said.

“We are getting prepared for the newcomer.”