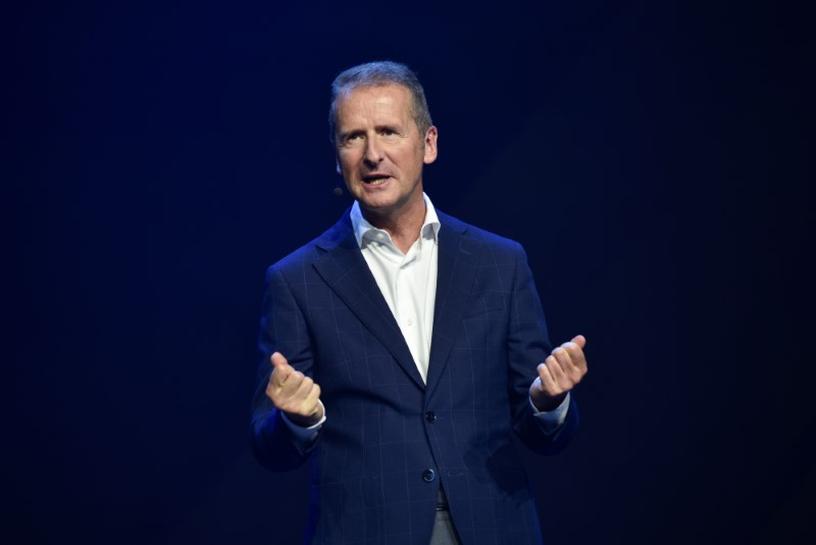 FRANKFURT (Reuters) – Volkswagen (VOWG_p.DE) the world’s largest carmaker by sales, is looking to loss-making startup Tesla (TSLA.O) for inspiration on how to improve its core business, the VW brand’s chief executive Herbert Diess said in an interview published on VW’s website.

Asked who VW’s main competitors are, Diess told an internal company publication: “In the old world it is Toyota, Hyundai, and the French carmakers. In the new world it is Tesla.”

Tesla, headed by Elon Musk, has shaken up the auto industry with its ambition to build a mass market for electric cars, posing a competitive threat to established carmakers, which remain reliant on producing cars with combustion engines.

“Tesla belongs among the competitors which has abilities that we currently do not have,” Diess said in the interview with “Inside”, a publication for VW employees.

Around half of Tesla’s engineers are software experts, while at VW’s core brand it is a much lower proportion, Diess said. Tesla has good electric motors, a fast charging network, autonomous driving technology, internet connectivity, and a new approach toward vehicle distribution.

“This shows that we need to significantly improve. We can do this. We measure ourselves against Tesla quite deliberately. Our goal: Using our abilities not just to catch up, but even to overtake,” Diess, who drives an electric VW Golf, said.