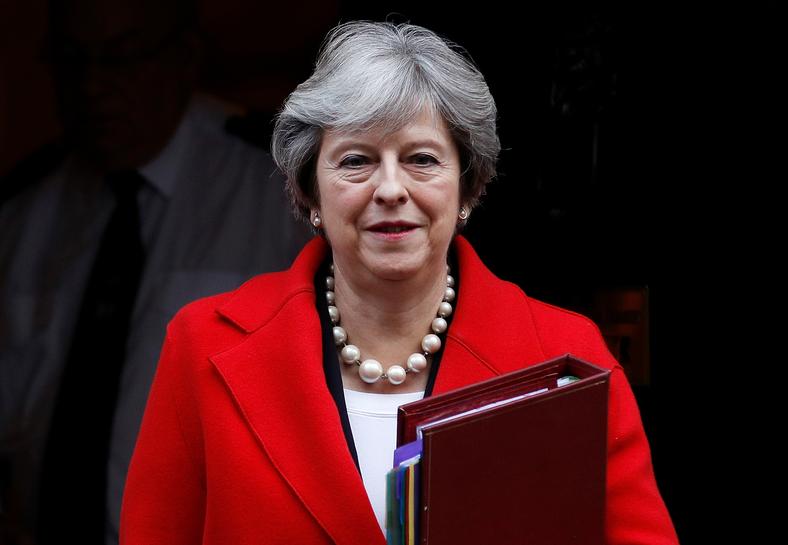 BRUSSELS (Reuters) – When Theresa May visits Brussels on Friday, EU negotiators will be listening intently for signs the British prime minister is preparing to risk a domestic backlash and raise her offer to secure a Brexit deal in December.

European Union officials and diplomats from the other 27 member states involved in the process hope that within a week to 10 days of meeting European Council President Donald Tusk, during a summit with ex-Soviet neighbors, May will deliver movement on three key conditions so that her EU peers can launch a new phase of Brexit negotiations when they meet on Dec. 14-15.

“I don’t know what room for maneuver May has, but what we can see is a willingness to act,” one senior EU official told Reuters. Another spoke of efforts to arrange the “choreography” of a deal over the next three weeks, including a possible EU-UK “joint report” on interim accords to unlock talks on trade.

“I feel the tectonic plates moving now,” a diplomat handling Brexit for an EU government said. “Time is running out and a failure in the December Council would serve nobody’s purpose.”

There has been only a day of top-level talks between the two lead negotiators since a mid-October summit that dismissed May’s call for immediate talks on a future trade agreement.

But talks are continuing apace behind the scenes, participants say, ahead of a deadline of early December to strike a deal which can then be fully formalized by the 27 government leaders at the summit.

Hopes have been raised by reports in British media that May has secured backing from pro-Brexit hardliners in her cabinet to increase the amount of a financial settlement of what Britain owes to the Union when it leaves in March 2019.

“If there is a political willingness in Britain, we should be ready,” a senior EU official said, while warning that nothing was being taken for granted.

May’s room for maneuver to cut a deal that would please business while irritating Britons who want a sharper break with Brussels is limited. And Germany and France, the Union’s lead powers have taken a tough line so far.

With German Chancellor Angela Merkel distracted at home by a search for a new coalition, May can expect little focus from her to help smooth a deal, several diplomats said, leaving it quite possible that December will not see an end to deadlock.

“That would create some kind of crisis in negotiations,” the second EU official said, noting that time was already short to complete a treaty by late next year to ensure an orderly Brexit.

“But maybe that is necessary.”

EU negotiator Michel Barnier, who met Tusk on Wednesday to prepare Tusk’s Friday meeting with May, had been expected to hold a formal round of talks with British Brexit Secretary David Davis in the week starting Dec. 4.

But EU officials say planning is all still up in the air. There could be a high-level meeting as soon as next week, possibly on Friday, Dec. 1, one said.

The sides already believe they are quite close on agreeing the scope of rights for expatriate citizens in Britain and on the continent, though the EU will be particularly looking to pin Britain down to accepting its demands that any agreement be subject to enforcement through the Union’s legal system.

The third key criterion for moving to Phase Two, an outline agreement on how to avoid the new EU-UK land border disrupting the peace in Northern Ireland, remains a potential stumbling block. Differences of opinion between London and Dublin have been marked this month, worrying EU officials.

However, it is the financial settlement that has been the most concern for the past few months and that, they believe, could be resolved by a combination of May stating clearly that Britain will pay a share after leaving of two major EU budget lines, staff pensions and agreed but undisbursed spending.

British press reports, seen in Brussels as planted leaks from May’s team, suggesting she might offer to pay something like 40 billion pounds ($53 billion) have encouraged EU negotiators.

While that is well short of the 60 billion euros ($71 billion) the European Commission has mentioned, that was always seen by EU officials as a maximum demand. And they are willing, they say, to help May massage the public messaging of the amount in order to limit the political flak she takes at home.

“On presentational issues, Barnier is ready to help, not to call things by their real name,” an EU official said.